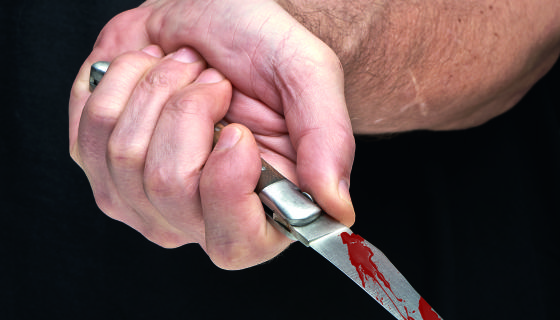 Mans Not Hurt: Getting Brutally Stabbed In The Back Didn’t Stop This Man From Getting His Party On

Imagine being at a party with friends and going to get a drink at the bar, when all a sudden, someone rams a knife in your back, right in between your shoulder blades. Nine times out ten, you won’t continue on partying — but for one Brazilian man, the show still went on.

Twenty-two-year-old Elionardo Nascimen was literally stabbed in the back at the bar and says he has no idea who was behind the brutal attack, telling reporters, “I didn’t even see him approach. I just felt a punch in my back which nearly knocked me f my feet. I was a bit confused as to what had just happened and when a friend took a look and told me I had a knife in my back, I couldn’t believe it.”

Surgeons say that Nascimen only survived because the knife miraculously failed to hit his major organs and missed his spinal column by centimeters. If that isn’t crazy enough for you, check out the actual footage Nasicimen partying with the kitchen knife protruding from his back.

Turn down for what?