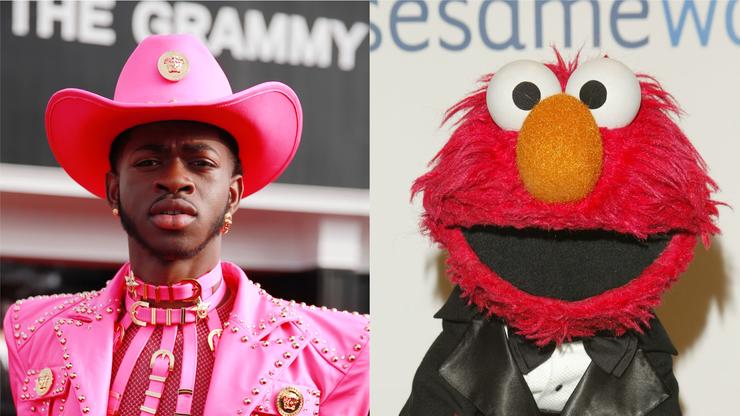 Lil Nas X and Elmo remixed “Elmo’s Song” while performing together on the “Sesame Street” spin-off, “The Not-Too-Late Show with Elmo.”

Lil Nas X and Elmo: the crossover you never knew you needed. During an episode of the Muppet’s new talk show, The Not-So-Late Show with Elmo on HBO Max, Lil Nas X and Elmo performed the host’s famous theme song, “Elmo’s Song,” together. Lil Nas was introduced by the Cookie Monster as the episode’s musical guest, at which point the country-rapper and Elmo broke out into song. However, Elmo suggested that they switched it up by turning his anthem into Lil Nas’ anthem. The two of them then proceeded to sing “Lil Nas X” song, replacing Elmo’s name while keeping the same simplistic lyrics as the original.

Lil Nas posted a clip of the performance on Instagram, indicating that the “streets needed this.”

The Not-So-Late Show with Elmo debuted on the freshly-launched streaming service, HBO Max, on Wednesday (May 27th). The Sesame Street spin-off is the children’s franchise’s take on the late night talk show format. The beloved red Muppet serves as host, while plenty of his fellow SS co-stars serve as crew members both on and off the stage. Future special guests include fellow late night host, Jimmy Fallon, Ciara, H.E.R., and more.