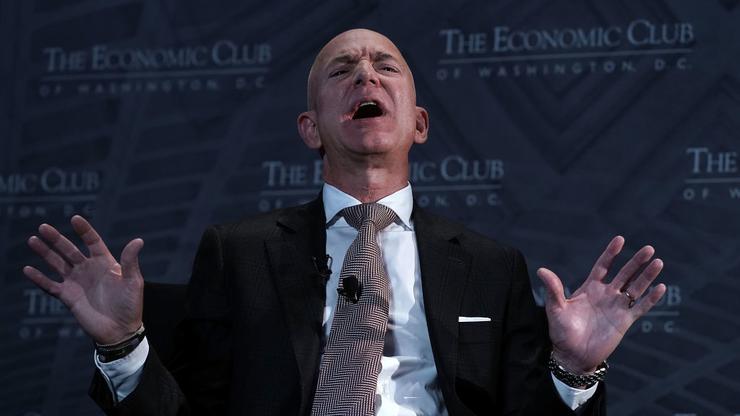 Jeff Bezos calls out an anti-Black Lives Matter racist in his emails, posting the message to Instagram.

Jeff Bezos, the CEO of Amazon, may not be the most beloved human on the planet. Lest we forget his treatment of his warehouse employees in the midst of the coronavirus pandemic, choosing to take away hazard pay increases for his workers despite raising his net worth by $30 million during the outbreak. Still, it looks like he’s on the right side of the current battle against racism and police violence.

The Amazon founder shared a screenshot of an e-mail he received from an All Lives Matter supporter, calling them out and inviting them to shop elsewhere. He continued his recent trend of exposing racists in his e-mails by doing so again.

“There have been a number of sickening but not surprising responses in my inbox since my last post,” said Bezos, referring to his picture of an anti-BLM racist. “This sort of hate shouldn’t be allowed to hide in the shadows. It’s important to make it visible. This is just one example of the problem.”

His new post shows a message from a man named Dave, who claims his business relationship with Bezos is done after Amazon’s statement supporting Black Lives Matter.

“And, Dave, you’re the kind of customer I’m happy to lose,” wrote Bezos to close his message.

Read the e-mail below. 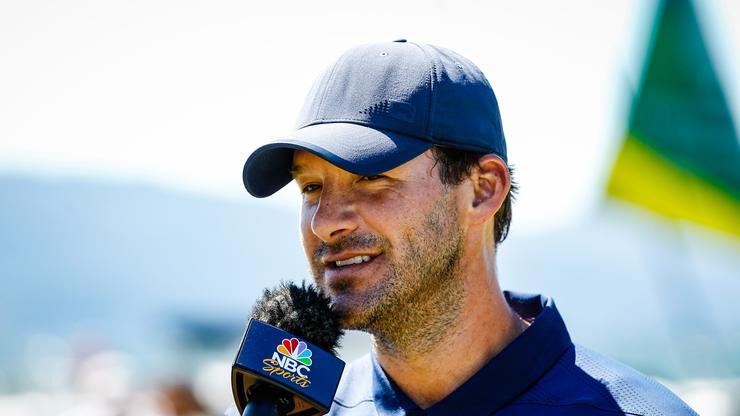 When Tony Romo first entered the league, he was the talk of the town in Dallas as many thought he could be the guy to take the Cowboys back to the Super Bowl. Of course, that never happened but that doesn’t mean Romo was without success. He was certainly one of the better quarterbacks in the league at the time and if it weren’t for injuries, he could have made a real dent towards the end of his reign in Dallas. During the early stages of his career, Romo was known for his relationship with Jessica Simpson. Eventually, the two broke up and now, Simpson is revealing the details in her new book.

According to TMZ, Romo broke up with Simpson through e-mail after suspecting she was cheating on him with none other than artist John Mayer.

“[Tony] accused me of seeing John behind his back. I hadn’t cheated on Tony at all, but I could not lie and say I hadn’t even seen him,” Simpson said. “Tony didn’t believe that for a second. And within that second, he broke up with me right there. Two years, gone with an email. Tony soon realized I was telling the truth. Of course I didn’t cheat on him. But our breakup had been so ugly that it shocked me into realizing it had been necessary.”

Simpson admits that Mayer did try to get back with her although his attempts never worked. Since the split, both Romo and Simpson have gone their separate ways, mostly for the better. Regardless, it’s clear Romo doesn’t mess around when it comes to breaking up with someone. 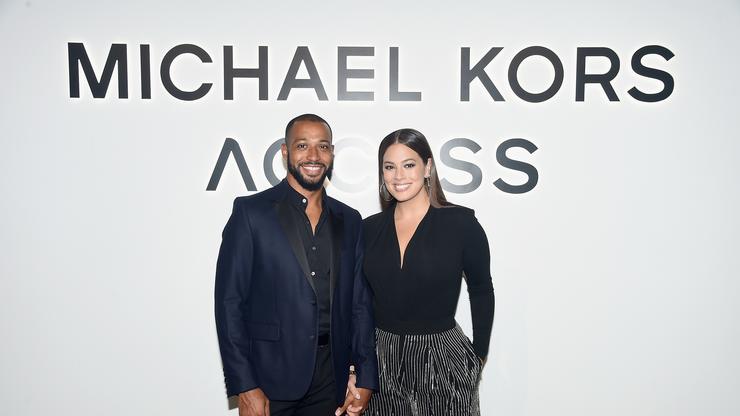 The disturbing message is said to be one of many.

Earlier this week we posted about Ashley Graham’s Allure magazine feature where she detailed a time she vacationed in Italy with her husband, Justin Ervin, and he was spit on for being Black. “It can make you really angry. But it’s like, how are you going to change that anger into a teachable moment?” she said.

Now just a couple days later, Ashley has shared a disturbing post to her Instagram story, showing an email she received from a racist troll telling her to leave her husband. The subject line from a man named Sterling read “I detest everything you represent” and the body of the message was all sorts of disturbing.

“You are not plus size — you are FAT and definitely not as attractive as you think you are. Big t**s do not make a woman — a big heart does and yours is as small as your pea brain,” the message read.

“There is a silver lining — interracial marriage has a very high divorce rate. So here’s some advice — dump some weight, including that brain dead n***a hubby of yours. Get a brain yourself and marry a good White man and have a dozen beautiful White children instead of any ugly [kids]…with your…husband.” 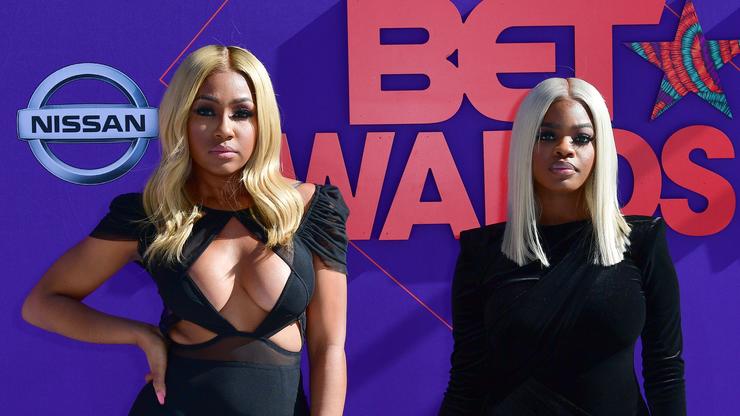 JT is excited to meet the third City Girl.

The City Girls are one of the biggest musical phenomenons in the world right now. The girl group managed to take over the country with their single “Act Up” and they’ve done all of it with one member behind bars. JT has been serving the completion of her prison sentence for fraud and when she gets out of the slammer, she’ll no longer need to resort to shady tactics to make some money. As she said in her latest exchange with her bandmate Yung Miami, she walked into prison broke but she’s walking out rich.

This week, Yung Miami announced that she is expecting her second child. The rapper shared a photo of her baby bump and fans are excited to welcome the newest member of their family. JT heard the news too, exchanging emails with Caresha and voicing her excitement. “I love you more,” wrote JT. “Girlllll it’s gone be all about summer now its 3 members of the City Girls, I still don’t believe we fanous [sic] God really favor us! I went to prison broke I’m coming home rich! AND you having summer so we gone have soooo much to do she gone wanna hang with us since baby Jai never do!! I’m excited I’m gonna have her a room at my house!!”

With the City Girls blowing up in the last few months, JT still hasn’t experienced any of their newfound fame on the outside. She better be prepared for her life to change drastically when she gets out.

His indignant protest was inaccurate, to say the least.

The Academy Awards topped Green Book because the 12 months's Best Picture, an honor that surpasses the movie's value in accordance with many critics. An e-mail penned by producer Charles Wessler has added yet one more cause for folks to hate on the film. He despatched a scathing e-mail to a author named Jenni Miller, in response to her unfavorable evaluation late final 12 months. The critic uploaded screenshots of his condescending litany Twitter. Other writers chimed in saying they'd acquired related emails from the manufacturing as properly.

In the e-mail, Wessler slams the author for inattention. He makes an attempt to show this lack of consideration by pointing out how she recognized Tony Lip, the character performed by Viggo Mortensen. His “identify is Tony NOT Frank,” Wessler wrote. His criticism is gloomy and ironic contemplating the truth that Lip's authorized identify is definitely Frank Anthony Vallelonga.

What appeared to trouble Wessler probably the most, nevertheless, have been the claims of his racial insensitivity. The producer insists “Green Book is the furthest factor from a racist film” and that “African Americans for probably the most half LOVE this movie.” He additionally identified that "it was made by black and white folks."

His acceptance speech excluded Dr. Don Shirley, the Black man whose story was (inaccurately) advised by Green Book. In the press room, Wessler justified the movie's misrepresentation of Shirley by claiming he was merely unaware of his household's existence and subsequently couldn't make the correct changes. 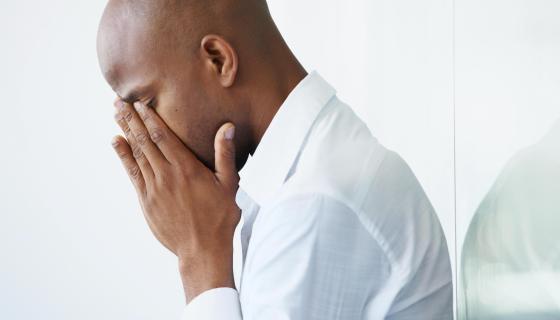 We Laughed Out Loud After Reading These Strange & Random Emails

When one Twitter user shared a super weird email he received in the wee hours this morning, it soon became clear that he was not alone. Spam is becoming stranger by the day and the pro is in these screenshots. Hit the flip to see what we mean.