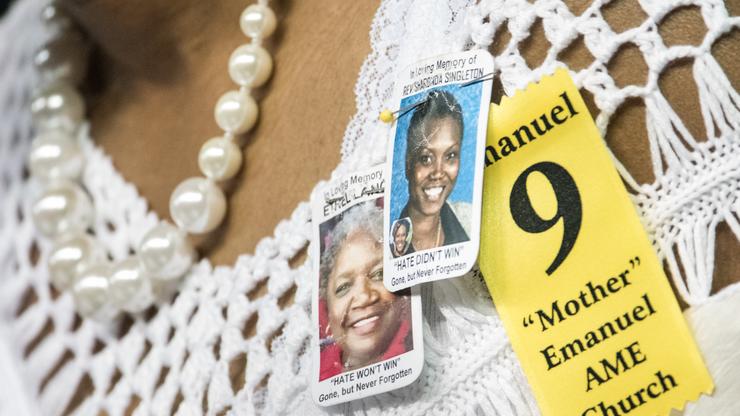 On Wednesday, June 17, 2015, white supremacist Dylan Roof walked into a prayer service at the historical Emanuel African Methodist Episcopal Church in Charleston, South Carolina and opened fire. He killed nine people in the name of racism and has been sentenced to death for his crimes. The event is a sad moment in American history and is considered one of the deadliest attacks on a place of worship in the United States. As a community continues to heal from the four-year-old tragedy, a man named Emanuel Kidega Samson plotted a shooting at his former church, reportedly in retaliation for the Charleston massacre.

Nashville Deputy District Attorney Amy Hunter states that back in 2017, Samson walked into the Burnette Chapel Church of Christ on a Sunday with the intention to kill 10 white churchgoers. Samson left a note in his vehicle that made references to the Charleston shooting and Roof. “Dylann Roof is less than nothing,” Samson’s note reportedly reads. “The blood that 10 of your kind will shed is that of the color upon the RBG flag in terms of vengeance.” Samson also left a goodbye note for his girlfriend and a video for his cousin.

Melanie L. Crow, a 38-year-old wife and mother of two, was shot and killed while seven other survivors were wounded. Samson’s lawyer, Jennifer Lynn Thompson, believes that people should focus on her client’s state of mind, as he’s been previously diagnosed with “schizoaffective disorder bipolar type” and PTSD from his abusive childhood. “What this case is about is a man who was very sad, very suicidal, and he was looking to die that day,” she said.