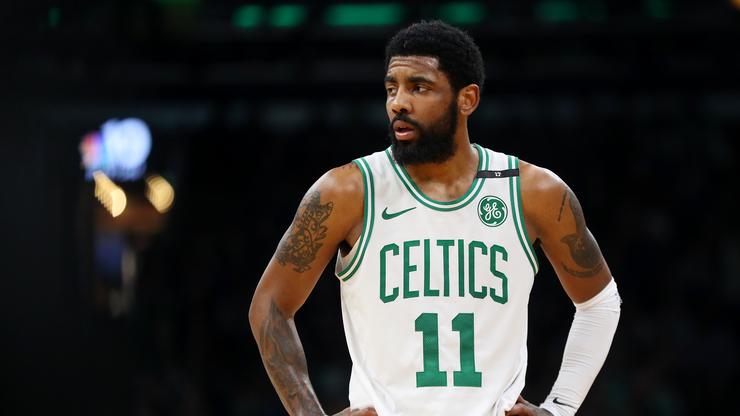 Kyrie is working hard ahead of his first season with the Brooklyn Nets.

Kyrie Irving is easily one of the best point guards in the entire NBA and this offseason, fans were anxious to see where he would end up taking his talents. In the end, Kyrie linked up with Kevin Durant so they could play on the Brooklyn Nets together. Moving forward, it is believed that the Brooklyn Nets will be one of the strongest teams in the league and once Durant comes back, they will even be title contenders.

This past week, Irving was spotted in Los Angeles conducting workouts with some of his brand new teammates. It's clear that Irving is looking to establish some chemistry early and make sure the team is ready to go come October. Kyrie has also been training by schooling young kids in their own basement. Irving was spotted playing some basketball in Mike Miller's house and went up against his son. In the video below, Kyrie absolutely schools the poor kid, offering up a brutal ankle-breaker in the process.

If this is Kyrie's offseason training program, there is no doubt he's going to be an absolute monster out on the court this season. Irving is taking no prisoners and your kids are next.

Hide your ankles folks, Kyrie is coming for them.