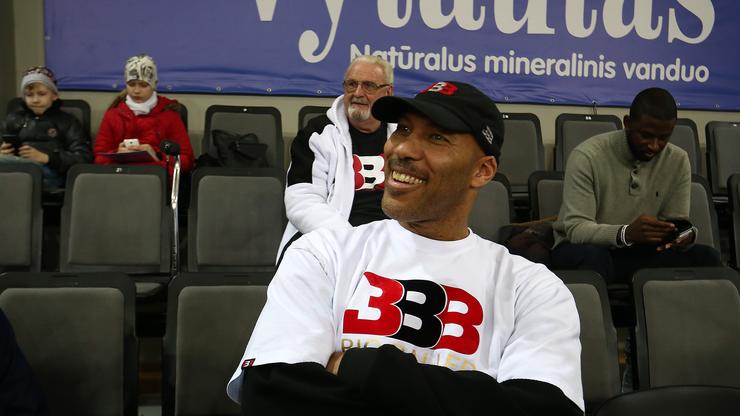 LaVar Ball Claps Back At Alan Foster Over Embezzlement Allegations

LaVar is at the center of a countersuit.

LaVar Ball has never been one to avoid the news cycle and this past week has been absolutely no different. You may remember earlier this year, the Big Baller Brand cut ties with co-founder Alan Foster after he allegedly stole $1.5 million from Lonzo Ball. Now, Foster is countersuing the company and alleges that LaVar embezzled $2.5 million. In court documents, Foster says LaVar used the money for personal use and would spend it on renovations for his mansion.

Ball isn’t going down without a fight though as last night, he released a statement on the matter. LaVar has every intention of following through on his lawsuit against Foster and is confident he’s in the right.

“Alan Foster’s claims are not only unfounded and devoid of any truth, but are an egregious attempt to turn the attention away from the millions of dollars that he embezzled from the Ball Family and the Ball Family Business.”

“Not only will LaVar Ball and his family continue to vigorously pursue their civil action against Foster seeking civil damages, but will also continue to cooperate with law enforcement in order to seek justice for his egregious actions.”

“The Ball family are all united in relentlessly pursuing Foster for his grave injustices, and will always fight to protect the respected Ball family name, despite Foster’s futile attempt to defile it.”

It seems like the feud between Foster and the Ball family is ongoing and won’t end until these legal matters are figured out. Stay tuned for the latest updates on this story.