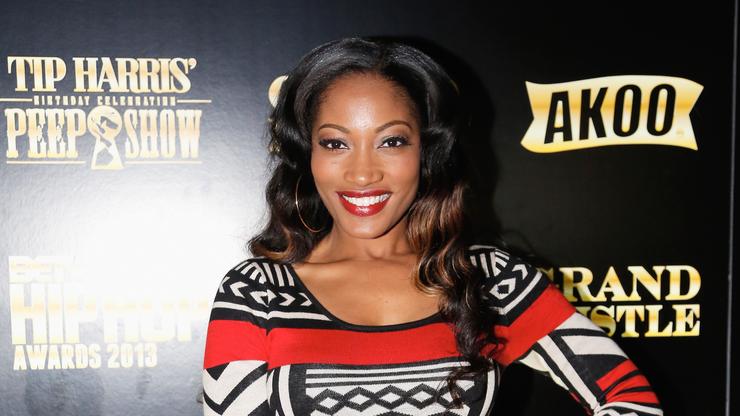 Love & Hip Hop star Erica Dixon recently shared a new photo of her twin girls, Embrii and Eryss. And although we still have no clue who the father is, despite previous rumors and allegations, it is nice to see the starlet is adjusting well into motherhood. She recently shared a photo of one her baby girls looking absolutely adorable. The photo shared was captioned with the following: “I had just had to share. I was teaching her how to smize with her eyes. This is her sexy look. Lol 😍 #myoldesttwin #firsttodoeverything.”

This is the second time she shows us a photo of her bundles of joy and we previously reported on it. The mother gave birth to twin babies, two beautiful baby girls, back in May. The reality television star broke the news her official Instagram account with an artsy photo of herself at the height of her pregnancy. The beautiful image showed the now mother-of-three with painted art over her pregnant belly and flawless makeup to match. The twin girls were due to stay in the hospital shortly after their birth for some regular check-ups which initally had the mother worried, but they are doing well now.