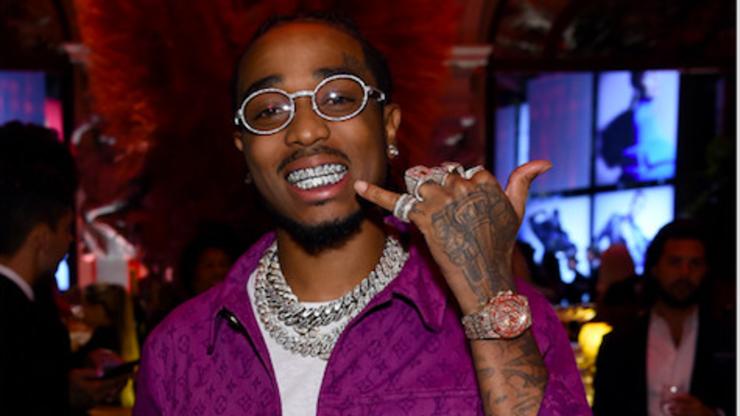 It appears Quavo has moved on from his matching grill with girlfriend Saweetie he was seen in last week. The Migos rapper took to IG on Saturday to show off his new emerald-cut grill, which he points has “no baguettes.”

Done by legendary jewelry designer Johnny Dang, the grill is the world’s first-ever emerald cut grill, making it a 1 of 1. There’s no word as for how much the grill actually cost, but according to Johnny’s caption, a #quartermil ($250,000) would sound about right. They also make an effort to point out the “church windows” its inspired by as well. Check out Quavo’s new iced out grill (below) and let us know what you think. Does Quavo now have the best grill in the game?

In other Quavo news, the “Lamb Talk” rapper’s been sharing some studio photos to his Instagram which means something new is dropping soon that will take us into the new season. We’ll continue to keep you posted moving forward. Stay tuned.