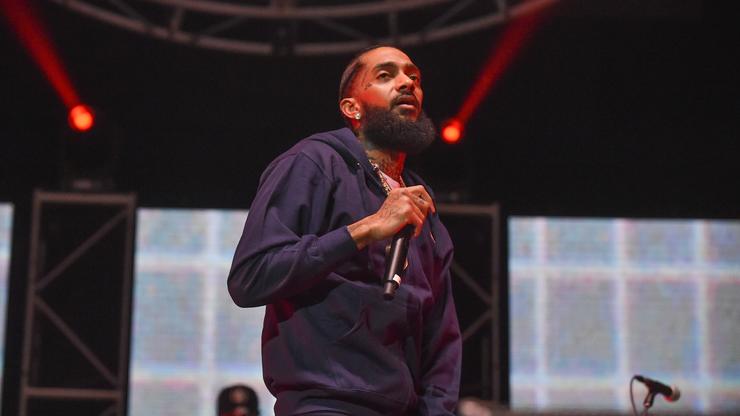 Nipsey Hussle’s sister tried to file a motion for an emergency order to grant her temporary custody of the rapper’s daughter.

Earlier this week, Nipsey Hussle‘s sister, Samantha Smith, reportedly filed documents to be granted legal custody of his daughter. After trying to file an emergency order that would grant her temporary custody of Emani Asghedom but according to The Blast, her request was denied. The ruling said, “No urgency demonstrated for granting this relief prior to hearing on May 14th.” Additionally, the judge said that Emani’s mother would have to be notified of the hearing.

In the initial documents that Samantha filed, she said that she has “always been a presence in Emani’s life and along with the rest of Emani’s paternal family has assisted in her care.” She argued that she wanted custody of Nip’s daughter to make sure she could make legal decisions for Emani, as well as “to ensure that she can continue to live with family members with whom she has always had close ties.”

The custody filing also mentioned that Smith didn’t want to inform Emani’s mother, Tanisha, of the request. Sources claim that it’s due to the belief that Tanisha isn’t able to  “a stable environment” for his daughter.

Tanisha, however, has legal grounds to fight back against the petition made by Samantha. Both Nipsey and Tanisha had legal and physical custody of Emani with Nipsey having his daughter on weekends and Tanisha having Emani for the majority of the week. However, documents suggest that Emani was primarily living with her father before his death.