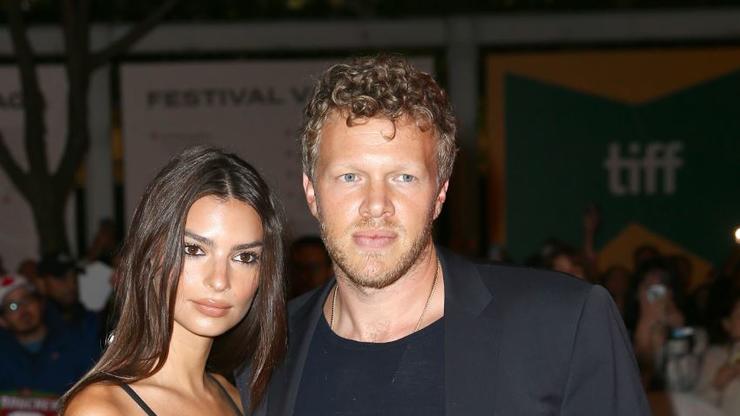 As more celebrities step forward with vocal support of the Black Lives Matter movement, some non-black allies are finding themselves entangled in controversy. Famed model and actress Emily Ratajkowski has been quite vocal about her support of BLM in recent days, and she wrote on Instagram that with everything going on, she felt "so useless." BET’s style director Danielle Prescod gave her a bit of advice and it had to do with Emily Ratajkowski's husband, Sebastian Bear-McClard.

“I actually have an idea. You could start by talking to your husband, a white man, who has used the n-word repeatedly in my presence. So much so that another black friend was so disgusted she left. Another black woman had the same exact experience," Prescod wrote. "You probably have never seen this behavior. I would like you to address the issues in your home and then you can help us out here. I would like you to ask him what he can do differently … I mean this with the utmost sincerity. It was hurtful and abusive."

Bear-McClard took to Twitter to acknowledge the allegations against him and to issue an apology to anyone he's offended. The Uncut Gems producer stated, "I used a word casually like it was mine to use. It’s not, it never was, and never will be. In the past few years I’ve learned a lot about my privilege as a man and as a white person and about the history of racism in this country. Owning our misteps is a crucial part of changing the way the world operates. I’m embarrassed and ashamed and I sincerely apologize to everyone who I may have hurt.”

Later, Prescod told Page Six that it wasn't her intention to publicly shame Emily Ratajkowski or her husband, but if non-black allies are going to address their followers on how to end racism or racist behavior, they should first focus on what's going on inside of their own homes.

The Fyre Festival scandal just won’t go away. According to newly surfaced reports, a fest trustee is suing Blink-182, Kendall Jenner, and Emily Ratajkowski for their performance fees.

As we all know, Fyre Festival was the greatest party that never happened. And, some of the talent made out like bandits. However, they might have to pay it all back.

Remember those sunburnt orange squares? The trustee also seeks $270,000 back from Kendall Jenner and $300,000 from model Emily Ratajkowski for their paid Instagram posts. Unlike the case of Blink-182 though, it seems these influencers followed through on their end.

The lawsuit argues that all these transfers were part of Billy McFarland’s master plan to defraud festival investors. It also alleges that the Instagram models demonstrated a “clear lack of good faith” for not disclosing what they were paid for posts.

“Nor did they inform their fans and followers that they ultimately decided not to attend the Festival because of problems with the Festival of which they and their agencies were uniquely aware.”

Last we heard from McFarland, he said there’s going to be another Fyre festival. Watch out. 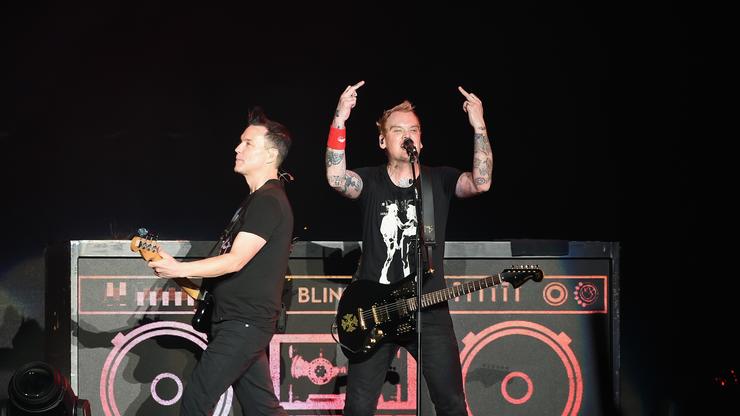 The aftermath of the Fyre Festival that never was is still very much ongoing since a trustee in the bankruptcy lawsuit is going after acts that promoted the festival such as Kendall Jenner and Emily Ratajkowski as well as a band that was set to headline the show, Blink-182. Reports detail how one lawsuit, in particular, is looking to get $500,000 from the rock band for their minor involvement before they dropped out of performing.

Several agencies have also been named in the suit (CAA, UTA and ICM Partners) and are now being targeted to cough up the cash they received from Fyre. ICM represents Lil Yachty, Migos and Rae Sremmurd and the trustee is asking for $350,000 to be returned. The trustee is also targeting the $730,000 that was was paid to Pusha T, Desiigner and Tyga and the festival director Yaron Lavi is on the hook for $315,000.

“I had a bad feeling about that event. I consider myself a pagan and a witch. With every inch of my energy I wanted Fyre not to happen. I put all the electricity and energy in my body against that thing happening,” Bilnk-182’s Matt Skiba previously stated of the festival.

Billy McFarland, the man behind Fyre, has been sentenced to six years in prison for federal fraud charges last year. 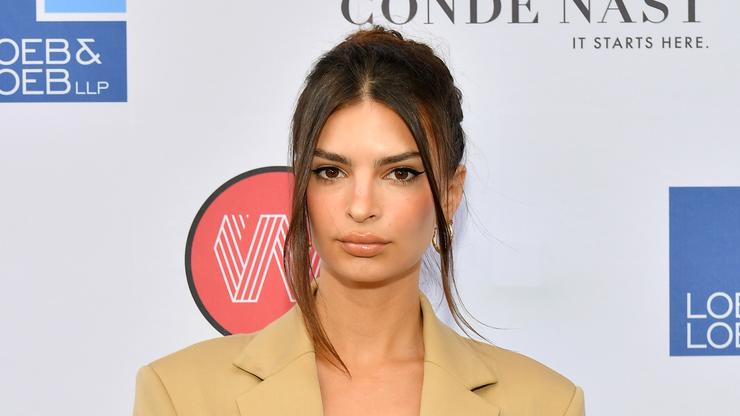 Emily Ratajkowski gets real about being a woman and embracing her sexuality.

Emily Ratajkowski is no rookie to showing off every angle of her body in it’s toned and fit form. From her tiny orange bikini looks to her nude shoots to fight anti-abortion laws the 28-year-old isn’t afraid to step into her birthday suit for the sake of normalizing a woman’s body. The latest of the latter sees Emily posing with an armpit full of hair to accompany her open letter Harper’s Bazaar on feminism.

“On any given day, I tend to like to shave, but sometimes letting my body hair grow out is what makes me feel sexy. And there is no right answer, no choice that makes me more or less of a feminist, or even a ‘bad feminist,’ to borrow from Roxane Gay,” she detailed in her piece. “As long as the decision is my choice, then it’s the right choice. Ultimately, the identity and sexuality of an individual is up to them and no one else.”

“As a culture we are scared of women generally, but also, more specifically, of the innate power that female sexuality possesses,” she added. “A woman becomes too powerful and thus threatening when she takes strength from embracing her sex. Therefore we insist on shaming; we insist that a woman loses something when she flaunts or embraces her sexuality.” 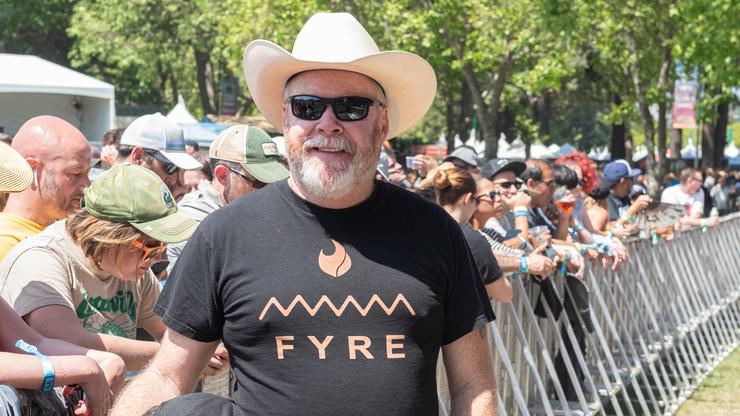 Fyre Festival’s Private Island Can Be Yours For $11.8 Million

The island from Fyre Festival’s promotional videos is now for sale.

You may recognize Saddleback Cay from the initial, now infamous Fyre Festival promo videos featuring a plethora of partying models, yachts and breathtaking beaches. According to Forbes, the island is now available to purchase for $11.8 million USD.  While purchasing the island won’t ensure you get to party with Emily Ratajkowski, Hailey Bieber, Bella Hadid, and more, it will land you a protected bay and seven beaches spanning thirty-five acres.

The Fyre Festival originally gained traction on social media after attendee’s posted about nightmarish conditions in 2017, but it received a revival of attention earlier this year when both Netflix and Hulu released separate documentaries about the event. Attendees were promised gourmet meals and luxury villas but instead, were welcomed to the island with dull prepackaged sandwiches and limited tent space as well as a host of other inconveniences. Billy Mcfarland, the founder of the event, has since pled guilty to multiple counts of fraud.

Saddleback Cay is not the final island used for the festival (Great Exuma) nor does it have any connection to Pablo Escobar, but it is strikingly beautiful and won’t leave you trapped with limited rations. You can find the official listing through the Bahamas realtor HG Christie. 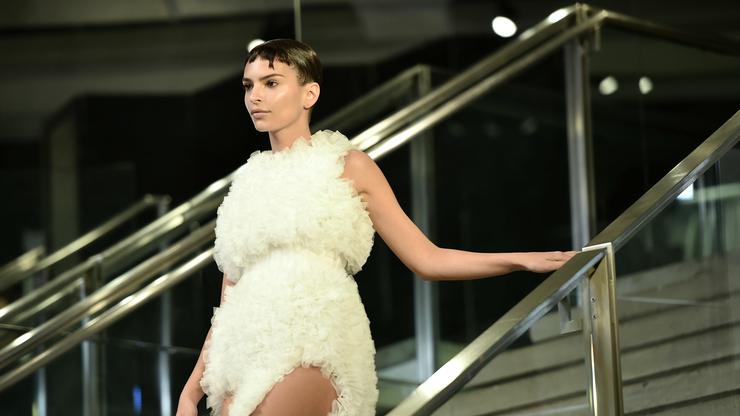 Several celebrities and public figures called out the state of Alabama for recently passing a highly restrictive anti-abortion law. While many utilized their platform to condemn the new laws and policymakers behind it, others have opted for creative measures. Model Emily Ratajkowski recently posed nude as a way to protest against the anti-abortion laws. The 27-year old public figure shared the photo her Instagram and did so to decry the “25 old white men” who voted for the abortion ban.

The exact caption stated: “This week, 25 old white men voted to ban abortion in Alabama even in cases of incest and rape. These men in power are imposing their wills onto the bodies of women in order to uphold the patriarchy and perpetuate the industrial prison complex by preventing women of low economic opportunity the right to choose to not reproduce. The states trying to ban abortion are the states that have the highest proportions of black women living there. This is about class and race and is a direct attack on the fundamental human rights women in the US deserve and are protected by under Roe vs. Wade. Our bodies, our choice.” Evidently, the actress is not pleased.

Ratajkowski was not the only one to share her discontentment. Rihanna also called out the white men involved behind the law, further calling them “the idiots making decisions for WOMEN in America.” Other celebrities who spoke out include Kylie Jenner, Miley Cyrus and Minka Kelly amongst many more. The hashtag #YouKnowMe was also formulated to protest the restrictive bill.

Cardi B Fans Herself With Hundreds In Palms’ Flashy New Campaign

Cardi B, Rita Ora, and plenty of others are shaping Las Vegas as we know it.

In the last year, we’ve seen so many artists pick up exclusive residencies at Las Vegas hotspots. Drake teamed up with the Wynn and Janet Jackson will be taking the stage as well. In arguably the most impressive move, the Palms Casino Resort is looking to shape the way we see Vegas altogether by introducing tons of the industry’s biggest current stars to their already impressive lineup of talent. With the opening of their KAOS Dayclub and Nightclub next week, the Palms just introduced a glamorous new campaign that will get you hoping to sneak into the madness they’re about to offer.

The new Unstatus Quo campaign is doing exactly what it set out to do: shift the way we see Vegas as a whole. In the brand new video, some of Hollywood’s biggest stars show how they get ready for a night out in Sin City. Rita Ora brushes her gold grills, Emily Ratajkowski reads a flaming gossip newspaper and Cardi B fans herself with hundred-dollar bills. The night is about to get special, closing out with a literal mic drop after Cardi gets off stage.

KAOS Dayclub and Nightclub is set to host some major festivities next weekend, including performances from Cardi B, Travis Scott, and more. Check out the extravagant new campaign below.

Emily Ratajkowski continues to share head-turning snaps of herself.

Emily Ratajkowski is thought worldwide for her gorgeous magnificence. The mannequin frequently shares pictures of herself sporting subsequent to nothing on social media, getting the boys to drop their jaws and the ladies to turn out to be hella envious of her physique. In the final week, Emily has shared a number of pictures of herself in her underwear, half selling the manufacturers and partly simply reminding everybody of simply how dangerous she actually is. She switched issues up right now as a result of as a substitute of sporting her personal garments, she opted to placed on her husband's boxer-briefs for a fast selfie.

Ratajkowski shared a photograph of herself rocking a crop prime and her husband's underwear, noting that she nonetheless steals her man's garments every now and then although she helped launch a line of bodywear. This comes shortly after she posted a sequence of images from the grocery store. She wasn't simply doing her common purchasing although. Em was rocking a couple of totally different lingerie appears to be like as she roamed the aisles. The idea was unusual nevertheless it turned out to be successful.

At this level, Ratajkowski can confidently launch a photograph ebook of her whole Instagram web page and it might most likely promote out in minutes. Are you feeling the brand new appears to be like?