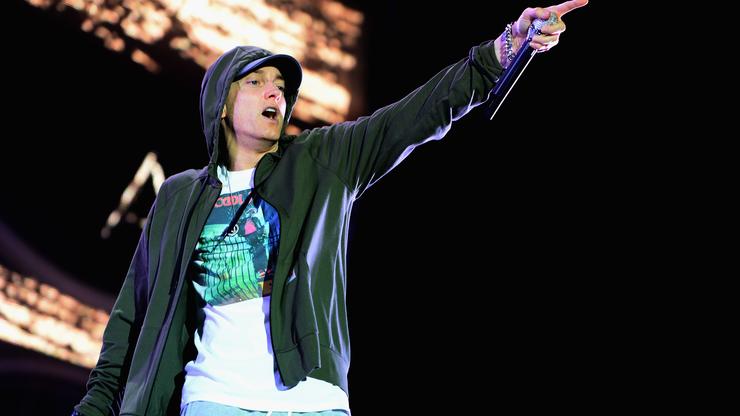 Eminem revives his feud with Lord Jamar at a concert in Abu Dhabi.

Eminem was supposed to make his triumphant return with Revival but instead, he was met with criticism that he was washed up. I mean, there wasn’t really any sort of redeeming song on that album. Months later, the rapper returned with the follow-up, Kamikaze which was essentially an op-ed to his critics. One of those critics was Lord Jamar who hasn’t had the kindest words for Em in recent times.

Not to disrespect Lord Jamar’s contributions to the game but it seems like the only time his name is making headlines is when Eminem’s name is attached. They certainly haven’t made peace yet and at this point, it definitely doesn’t seem like they will anytime soon especially after what happened at Em’s show in Abu Dhabi. During his show at du Arena in the UAE capital, Em and Mr. Porter went through a little skit before they got into the following track and threw some shade at Jamar while they were at it.

“I had a dream that I was a fucking nobody who sucked at rap,” Em told Mr. Porter on stage. “Then I woke up, and you know who I thought I was for a second?” He asked Mr. Porter before revealing that he thought he was Lord Jamar.

We’ve yet to get a response from Lord Jamar but perhaps it’ll be the topic of discussion in his next interview with DJ Vlad.