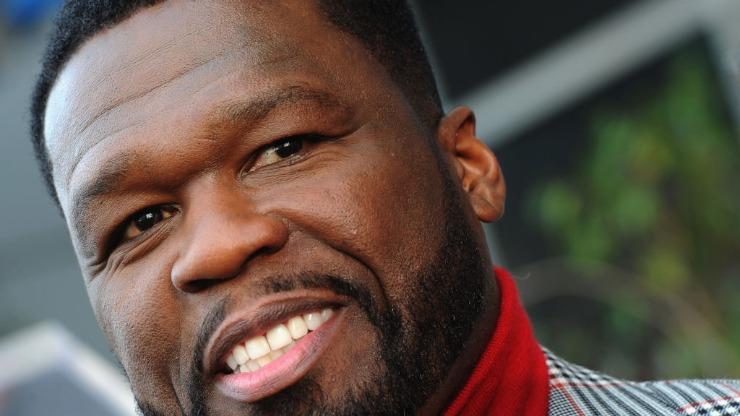 Yesterday, 50 Cent made history as he secured a star on the Hollywood Walk Of Fame. Many of his friends and fans came out for the occasion, and 50 himself took to the podium for an emotional speech. “I’d like to thank both Em and Dre,” begins Fif “I don’t honestly think my career would have been without their support. Dre is a mentor for the whole squad really. He’s been doing it long before it. He’s able to guide us in different ways without even knowing he’s doing it.” He mimes one of Dre’s signature gestures, swinging a baseball and knocking it out the part. “When he do that, you know you got something. This is the real deal.”

Fif also expresses a rare moment of remorse over snubbing Jimmy Iovine from the invite list. “I didn’t invite Jimmy Iovine, and he should be here,” says 50. “We needed the money for any of this shit to work, and Jimmy was the support. There was one conversation we had and he misinterpreted some of my actions and he said to me ‘you know I don’t like you.’ I just kept him right there for the whole rest of my life. That guy just doesn’t like me. I’ve said things, even about Jimmy I didn’t mean. I don’t know why I felt he didn’t like me that same way, ever since he said that. I was wrong for not inviting him and not having him here today. He’s a big part of the success I had.”

He explains that it was Iovine who suggested a transition into film and television in the first place. What’s even more shocking is Fif’s body language and cadence, revealing genuine regret over the way things played out. As the speech plays out, Fif gets even more emotional, though not before getting a few playful shots off. “I told Em, this feels like a lifetime achievement award for me, because I didn’t get a lot of awards in recognition of the music,” he continues. “I got the largest debut hip-hop album and didn’t get the Best New Artist trophy. They gave that shit to Evanescence. I ain’t seen Evanescence since that night.”

“I started to feel nervous,” he explains, reflecting on an earlier phone call with Mary J. Blige, who rang him up to congratulate him. “It’s starting to feel really important because of who’s coming.” He proceeds to compose himself, his emotion running high; it’s a rare moment of vulnerability from the notorious legend, and longtime fans will likely feel a surge of pride in how far the “How To Rob” rapper has come. Check out Fif’s full speech below, and show some love in the comments.

Sometimes when we’re feeling sad, we enjoy putting on sad music. In some cases, it might actually make us feel better — but why is that? New research suggests that people with depression can benefit from listening to tearjerkers when they’re already down.

A recent study published in Emotion sought to build upon an earlier 2015 study that found depressed people enjoyed listening to sad music over happy tunes. For the new study, researchers played music for 76 female undergrads at the University of South Florida. Half of them were depressed, the other half not so much.

Just like in 2015, participants feeling depressed preferred hearing sad music to match their mood. For example, Samuel Barber’s “Adagio for Strings” was one of the offerings, which is universally recognized as “extremely depressing.”

There’s more — not only did subjects enjoy the more melancholic selections, they expressed that the music made them feel better. Relaxing, calming effects were reported from the study, which further supports the notion that sad songs can be instant mood boosters.

There are obvious limitations here, obviously including the all-female pool of participants. Though this study was conducted on a small scale, there’s still something to be taken away from the research in relation to music therapy.