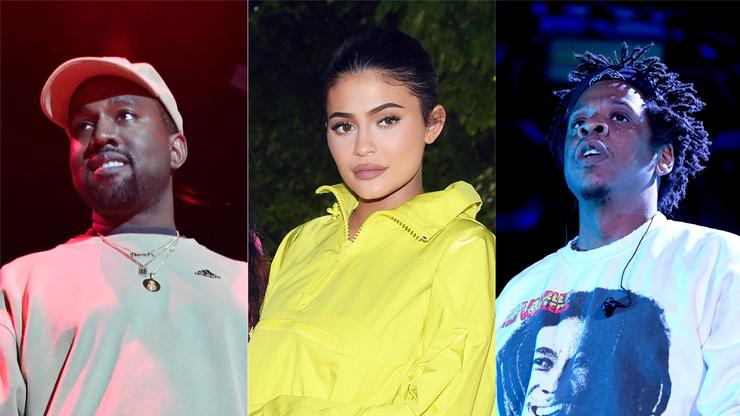 Taylor Swift tops the list with Kylie Jenner and Kanye West rounding out the top three.

Each time a new Forbes list rolls around, it's worth it to take a look to see which of your favourite artists are actually making the major money moves they brag about. Usually, those at the top of the lists are the most subdued and humble. This year marked a few big changes after key players that missed out on previous lists made huge jumps in 2019. Much of the Top 10 has changed from last year's list, meaning that the power could be shifting in Hollywood. Here is a breakdown of who's earning what as far as the entertainment industry is concerned.

Taylor Swift levelled up in a big way this year. The pop star earned enough to net her the No. 21 spot in 2018 but after just twelve months, she earned enough bread to take the top spot. $185 million got her on top of her competition with Kylie Jenner following closely behind her at $170 million. Kanye West, who is somebody that has missed the Forbes list altogether in recent years, is back on top with $150 million. As reported by Complex, it's the first time in four years that Kanye is even listed.

Other entertainers, like Ed Sheeran, Dwayne Johnson, Kendrick Lamar, Jay-Z, Beyoncé and others are all named in the breakdown. Travis Scott is another artist that was not featured last year but his moves were enough to push him to No. 39. The highest-earning athletes include Neymar, Lionel Messi, Stephen Curry, LeBron James, and more.

Peep the full list here and let us know your thoughts.