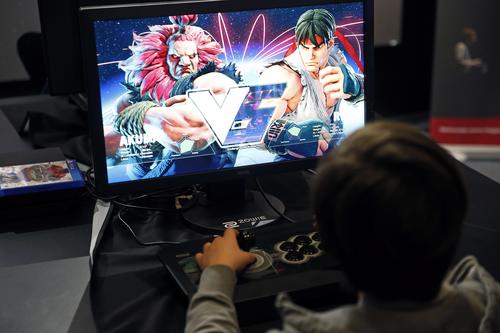 The production team behind 2014's Street Fighter: Assassin's Fist, will also put a television series into production. The series will reportedly be based on the story arc in the arcade classic, Street Fighter II: The World Warrior.

In case you weren't following too closely, the plot in Street Fighter II centers on M. Bison basking in his evil reign. He holds a fighting tournament to decide the fate his empire. Why he opens himself up to failure is beyond me. Never the less, the greatest fighters from across the globe congregate to square f against a hand picked selection his own mercenaries. Bison sort wants to lure a few characters into defeat, and then maybe do a little biochemistry, experimentation, what have you.

The licensing has been acquired by eOne. The deal makes eOne the sole controlling entity for TV adaptation. eOne's president Mark Gordon wants his team to fully immerse themselves, line for line, in the universe created by Takashi Nishiyama.

"A particular strength  Street Fighter is the wide range ethnically diverse characters and powerful women featured in the game. It will allow us to build an inclusive and engaging TV universe,"