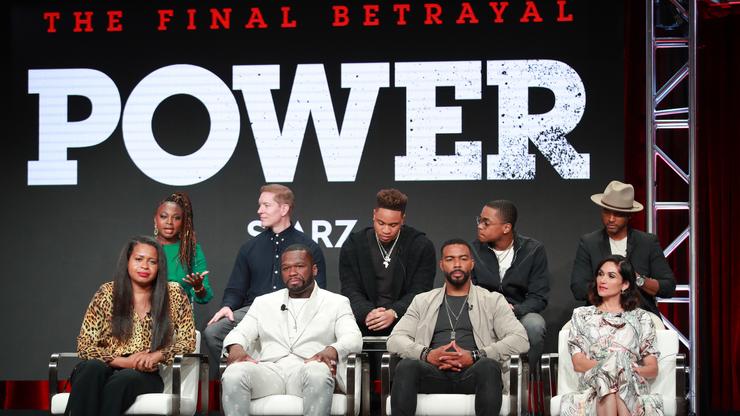 "Power" Recap: "Whose Side Are You On?" Plants The Seeds For Ghost’s Death

It doesn’t feel like Ghost is going to make it out of Power alive. Episode 2 of season 6, titled “Whose Side Are You On?,” does its best to make us believe that Ghost’s loved ones are plotting on his death. To be fair, he has destroyed almost every bridge and has found himself isolated on an island with only Proctor for protection. For now. The episode opens with a brief meeting between Ghost and Jason, the latter of which isn’t impressed with the former’s attempt to kill his distro. Jason allows Ghost to believe Tommy is dead, and forces the ex-drug dealer to pay him $100,000 every two weeks in exchange for not retaliating. Later in the show, Jason stops Tommy from killing Ghost as well and strongarms him into paying for extra protection for when Mr. St. Patrick finally realizes his old best friend is still alive. At this point, it is clear that Jason is playing the two frenemies against each other, and making a ton of money doing so. Although Tommy and Ghost are not on the same side anymore, Jason’s mistake is thinking that the two of them won’t reunite just to destroy him. Jason is playing with fire here, and it’s likely to have dire consequences.

Ghost’s last friend, Proctor, may be his legal downfall. First, we see Ghost retreat to Proctor’s house to admit he killed Tommy and to let some emotional steam go. Ghost’s openness here makes me nervous. Later, Proctor’s ex-wife Lindsay leverages Saxe into getting her a job that makes her eligible to gain joint custody. In exchange, Saxe wants new info on Proctor. His plan is to get a bug into Proctor’s house, and he devises a plan to plant it on Elisa Marie’s backpack. Lindsay plants the bug on her own daughter, and now, next time Ghost wants to stop by Proctor’s to vent Saxe will be listening in. While the legality of this bug is weak, at best, it still adds an extra sense of danger to the show. Unfortunately, I can only see two things coming from this. Either Saxe won’t be able to use the bug because it’s illegal, or he gets killed. I don’t understand why people don’t realize trying to lock Ghost up will get you killed. You have to kill the man. Tommy, Tariq, and Tasha have the right idea.

Tasha’s beef with Ghost intensifies once she interrogates him and discerns that he killed Terry Silver. There’s a twisted sense of loyalty and responsibility between Tasha and Ghost though. She spends half the episode working to protect herself and him, then the other half as a low-key accomplice to his planned murder. When Angela’s sister Paz discovers a burner phone in her deceased family member’s home, she texts the only number in the log. Assuming it’s Jamie, she sets up a meet but is surprised when Tasha shows up. This is where Tasha reminds Paz that by turning in the burner phone to police, she could incriminate her own sister. Tasha then smooths over this show of dominance with an olive branch by paying for Angela’s funeral on the low. Paz buries the burner phone with Angela’s body, which means Tasha essentially just bought some silence that protects her family from prosecution.

Still, Tasha can’t help but see that Ghost being dead may help everyone. When she and Tommy meet up, he admits he’s playing dead. I love their relationship because no matter what is going on with Ghost, Tasha and Tommy stay close. Tasha hits a snag in the divorce because she signed a prenup, but her meeting with Tommy results in her stumbling on a solution. If Ghost were dead, she would get all his money and her kids would be taken care of. “What are you saying?” asks Tommy, gingerly requesting Tasha to admit she wants her husband dead. “I don’t know what I’m saying,” recovers Tasha. The seeds are planted though, and Tariq isn’t far off from joining the lot. When Ghost tells his son Tommy is dead, Tariq doesn’t tell his father he’s wrong. He keeps Tommy’s secret, but asks his uncle if he was attempting to hill Ghost when he shot Angela. Tommy admits he was trying to dispose of Ghost, and Tariq asks his uncle to warn him if he plans to kill his father again. I’m not sure how I feel about this one. Tariq can be playing either his father or Tommy. While Ghost lies to a knowing Tariq, Tommy tells him the truth. Tariq obviously responds better to Tommy’s truth, which makes it seem like he’s working against Ghost. Still, I can’t forget how Tariq turned on Kanan. Yes, Tommy is much closer to Tariq than Kanan ever was, but this kid is shifty. I once predicted that Tariq would kill Ghost, but now I believe he may kill Tommy. Either way, there will be some major blood on this kid’s hands by the end of the season. Not to mention he’s on his way to becoming a kingpin. Tariq hires two classmates to pedal his pills by the end of the episode, expanding his drug empire. Like father, like son.

Ghost learns that Tommy is alive when he shows up to Angela’s funeral like a stone-cold boss. Tasha admits she knew Tommy was alive, and Ghost immediately connects the dots. He realizes his wife is making dangerous moves behind his back. He also knows from last episode his son is also making moves with Tommy. Ghost is good at playing the long game, so he may split up their power play before it begins. The funeral clearly puts the main players on a collision course with each other, and that tension is highlighted when Tommy and Ghost lock eyes. While this core plot plows along, a few side stories are destined to intersect soon. Lakeisha’s love and loyalty to Tommy is on a runaway train to destruction, but it’s fun to watch their doomed relationship play out. Also, Dre finally makes an appearance, and we are reminded he is set to testify against the Jimenez family in return for witness protection and relocation. Angela is the one that set this deal up for Andre, and he is appropriately worried about her death. When Saxe visits him, he doesn’t seem too keen on going to court, and is under the belief the Jiminez killed Angela. If Dre backs out of this testimony, the Jimenez will return to plague everybody. Expect both Lakeisha and Dre’s storylines to be key pieces in Ghost’s fate. 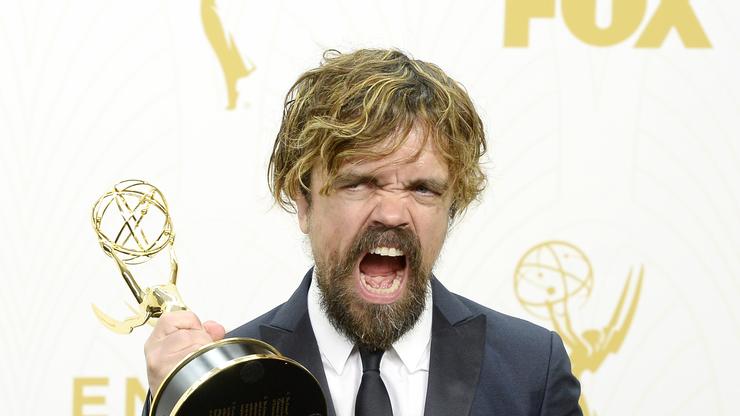 HBO Drops "Next Week On Game Of Thrones" Teaser

Battle preparations, a few tete-a-tetes, and the trial of Jaime Lannister.

If you missed last night’s Game Of Thrones, you’d be wise to avoid this article.

Following last night’s Game Of Thrones, HBO shared a teaser of the next episode, which looks to pick up where things left off with Jaime Lannister. In fact, it looks as if he’s standing “trial” of sorts, fielding questions from Sansa, Dany, and Jon Snow. “When I was a child, my brother would tell bedtime stories of the man who murdered my father,” begins a steely Daenerys. “And all the things we would do to that man.” Jaime proceeds to look slightly surprised, though trailers of this nature have been known to employ a few clever editing tricks. In any case, it should be interesting to see how the Northern Alliance react to Jaime’s arrival, and whether Tyrion, Brienne Of Tarth, or even Bran Stark might vouch for his importance.

While that looks to be one of the main story beats for next week, the preview also reveals that Tormund made it back to Winterfell. Sadly, he brings ill-tidings, informing Jon that the battle might pop off as soon as that night. It explains the emphasis on battle preparation, which appears to be a focus of the upcoming, untitled episode. We can see Jorah, Grey Worm, Arya, Gendry, Tyrion, and Jon Snow preparing for the Night King’s forces, and we can only imagine that all hell will break loose shortly thereafter.

Are you excited for next week’s Game Of Thrones? Why not kill some time by reliving some of the series’ best episodes.

The trailer for “Wiz Khalifa: Behind the Cam” ep. 2 is upon us.

Episode 2 of Wiz Khalifa: Behind the Camis going to drop imminently. Before it does, Wiz Khalifa is offering his fans an exclusive look at early bird footage in this here trailer hyping up the Apple Music launch.

As you’ll see, Wiz Khalifa isn’t afraid to portray himself in an intimate light – as the footage teleports us back to the early to mid-2000s, in the midst of a negotiation between the rapper and a studio engineer over a flat recording rate of $60 on the hour. Little did he know, but over the course of that one-hour session, Wiz caught the eye of E. Dan, the studio head/engineer, and from there a prosperous creative partnership was born, and consequently the beginning of his rise to superstardom.

“The owner, E. Dan, called me, like, one day after school. He’s, like, ‘Yeah, we want to work with you.’ I’m like, ‘What the fc*k?” Wiz recalls in the trailer. “[E. Dan said] ‘You could answer the phones, you can clean up, you can run some errands for us, and we’ll pay you with studio time.’ I was like, ‘Daaaaaamn!’ That’s like gettin’ a record deal back then.”

The trailer is short but sweet. Both Wiz and E.Dan retell their accounts of the meeting, and the profound effect it had on Khalifa’s career in particular. After all, the Apple Music web series is named Wiz Khalifa: Behind the Cam for a reason. Give’er a go, and hit us with your thoughts.