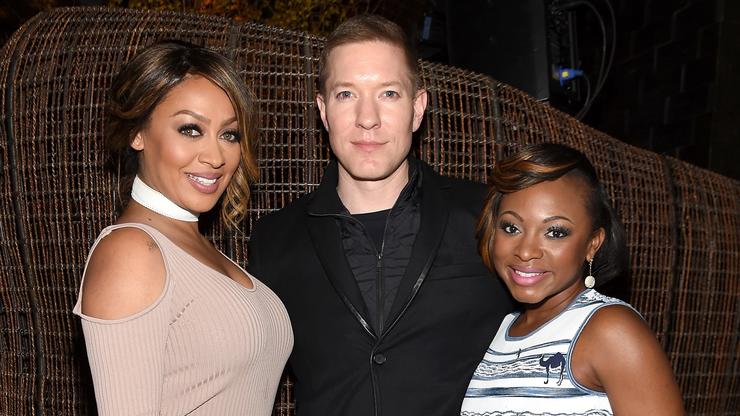 "Power" Recap: Tasha Guns Down A Snitch In “Deal With The Devil”

The bodies keep piling up on Power. Viewers stepped into this week's episode “Deal With The Devil" expecting Tasha to flip the game on some of the other main players. At the conclusion of the last episode, Tasha vowed to train Tariq. That move aligned her squarely against both Ghost and Tommy, and I anticipated some heavy blowback from her decision. But before Ghost, Tommy, and Tasha inevitably tear each other apart, it appears that there's still some more personal damage to be done. The entire season has been foreshadowing the death of Lakeisha. We keep getting reminders of how Tommy killed Holly for being disloyal paired with scenes of Lakeisha getting increasingly nervous. If we were placing bets, Tommy would have been the most obvious choice of who would kill Lakeisha. Unfortunately, that bet would be wrong.

"Deal With The Devil" opens with a desperate Dre attempting to get Saxe to cut off his ankle bracelet. When that fails, Dre seizes an opportunity for freedom when Rodriguez approaches him for information. Rodriguez is diving back into the murder of Ray Ray, which was blamed on Kanan.  Tariq was the one who actually killed Ray Ray in retaliation for killing his sister. Lakiesha provided the alibi for Tariq at the time, but Rodriguez uses Dre's information and a few other clues to discern that Lakiesha is lying to cover for the young St. Patrick. This sets off a chain of events that leads Rodriguez to pull Lakeisha over. Here is where we see Lakeisha finally snap. Rodriguez brings child services along and threatens to place Cash in foster care if Lakeisha doesn't talk. As expected, she promises to snitch, signs an agreement, and runs home with teary eyes. A fatal move.

While Lakiesha signs her own death warrant, Ghost and Tommy get the drop on Saxe. The nosy attorney questioned Tariq and Lakeisha, a move that got the attention of Tommy and Ghost immediately. They drop by Saxe's place and almost kill him before Ghost decides he'll serve better as an inside man. When Saxe tries to tell Warner about the altercation, his boss doesn't believe him and fires him for putting a tracker on Dre. This gives Ghost a good hold on Saxe, and he doubles down by getting Councilman Tate fired as well. Ghost grabs Derek and crashes Tate's big debate night, a slick plan that sheds some light on the partnership between these two men. Mr. St. Patrick distracts Tate while Derek slides the audio guys a bribe to turn Tate's mic on, and just like that, the politician talks himself out of the race. Tate disgustingly attacks the DNC, his rival, and even his voters while he thinks his mic is muted, but his venomous soundbite makes primetime news.

In one fell swoop, Tate is defeated. And to top things off, Tate's rival tells Romona to enlist Ghost as her lieutenant governor. While I still don't know where this political side story is headed, I'm interested to see how they tie it into the bigger picture. Obviously, Ghost can't be a politician (as Tariq hilarious implies when he meets Romona). So what is the final play here? It's clear that Ghost has an endgame in mind when it comes to the DNC, but I don't believe running for office is it. His interest in political power may have something to do with him trying to attain, or wipe, some type of records clean. Or possibly use political power to silence some of his street opposition.

Meanwhile, Tariq's new school is working out great. Mr. Radnor, one of Tariq’s teachers at Callister, has a friend at Choate that informs him that the young St. Patrick got expelled for selling drugs. Radnor wants Tariq to sell to him, encouraging the young St. Patrick to tell Tasha about the strange encounter. After a little investigating on Radnor, Tasha and Tariq have their first Primera. Tariq drops drugs in Radnor's trunk and anonymously instructs him how to sell it to get more. This may be the beginning of Tariq's empire. The kid has been messing up and making the wrong moves season after season, but this may be his smartest play yet. Guided by Tasha, Tariq may become the most ruthless and intelligent character on Power.

Tasha has really been a boss in a way no other main character has this season. She opened a legitimate front business, started moving weight with a new team, got her own place, was the only one to discern that Tariq made the whole kidnapping thing up, kept Paz from snitching by paying for Angela's funeral, and even started a new love life in the middle of all the chaos. Tasha continues to be a boss as this episode comes to a close. She drives up to Lakeisha and Tommy's new home and bangs on the door until the former answers. Tasha confronts her old best friend, and learns that Lakeisha signed papers to snitch. This leads to an altercation between the two ladies that ends with Tasha accidentally shooting Lakeisha in the chest. After realizing it's too late, Tasha then commits to the murder fully by putting one in Lakeisha's head before taking the agreement to snitch and getting out of there.

Sadly, Tommy comes home (with an engagement ring for Lakeisha) to find her dead on the floor. What is interesting here is that Tommy has a real alibi. He can be placed at the jewelry store buying the ring with Cash, which means the feds can't blame him. They may think he hired someone to shut her up, but at the same time, Tommy probably thinks Ghost is the one who hired a hitman. Remember, Tommy believes Ghost sent the hitman that Lakeisha killed last episode. Tommy will think Ghost took revenge for Angela, while the feds will think Tommy is killing everyone who has promised to snitch on him (RIP Proctor). With only two episodes left until the mid-season finale, it looks like Tommy, Ghost, and Tasha have finally reached the point of no return. One of these three will end up killing the other, it's only a matter of who.