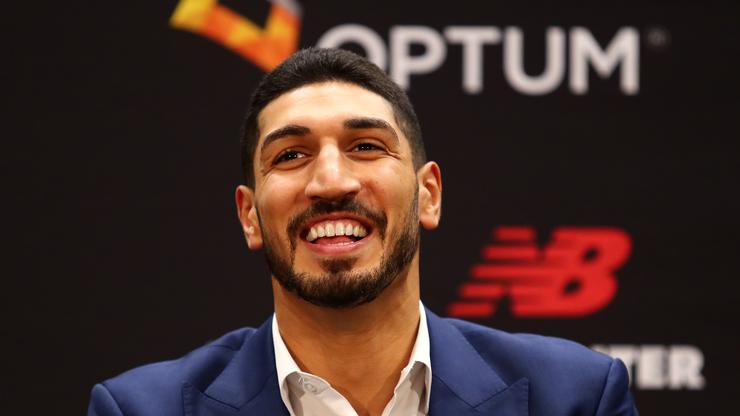 Enes Kanter Fan Tattoos His Name On Her Arm, Gets Banned From Turkey

Kanter is outraged by the situation.

For the last few years now, Boston Celtics star Enes Kanter has been having issues with his home country of Turkey. Kanter is one of the largest critics of President Recep Tayyip Erdogan and it has gotten to the point that he can't even go back home without the fear of being arrested or even killed. Politics have proven to be quite divisive in the country and Kanter has been on the frontlines pointing out some of the injustices that have been going on.

Kanter continues to stay in the US so he doesn't have to face any fears of persecution. While he is secure in the country, that hasn't stopped him from dealing with some less than favorable situations. For instance, a fan recently hit up Kanter on Instagram and told him about how she had his named tattooed on her arm. As she explains, because of the tattoo and her political opinions, she can no longer go back home to Turkey.

The Celtics star took to Twitter after finding out about this and as you would expect, he was pretty outraged over the whole situation. Now, it appears as though the Turkish people are being punished for siding with Kanter, which is quite scary, to say the least.

As Kanter continues to play in the NBA, it will be interesting to see how his issues with Turkey develop and if there will ever come a point where he can go back home safely. 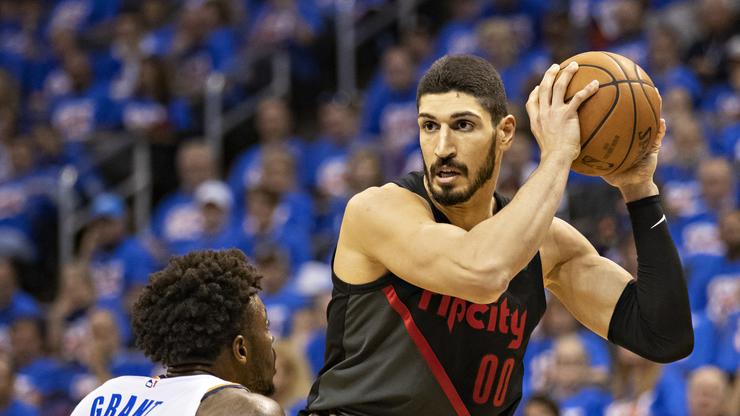 Enes Kanter is a Turkish-born NBA player and over the last few years, he has been a large denouncer of Turkish leader Recep Tayyip Erdogan. This has caused Kanter to fear assassination while also keeping him from ever returning to his home country. While these issues have been put on the back burner as of late, they resurfaced on Thursday just a day after the Trail Blazers defeated the Denver Nuggets 97-90 at home. Kanter scored 15 points for the Blazers although he caused a late-game scuffle that saw both benches clear.

Nuggets fans chirped Kanter, with one spectator yelling "Go back to Turkey, oh wait you can't!"

In addition to the hecklers, the official NBA Turkey twitter account refused to acknowledge him in their post-game tweet which highlighted the best players from the game.

Yesterday, the National Basketball Players Association released a statement supporting Kanter and his beliefs, saying it is important that he is speaking up for what he feels is right.

"The National Basketball Players Association fully supports our players using their platforms to stand up for their beliefs and the principles they support. We stand with Enes and, as with all of our players, will work to ensure that he is treated fairly and with respect."

According to ESPN, the league has terminated its relationship with those running the NBA Turkey Twitter account.

Kanter has been vital of the Turkish authorities.

Enes Kanter has been fairly vital of the Turkish authorities and the nation's president Recep Tayyip Erdogan. Due to his vital feedback, the New York Knicks participant lately skipped a visit to London with the staff on account of a concern of doubtless being assassinated. Now it's being reported that Turkey is searching for a world arrest warrant towards Kanter, saying he's a part of a terrorist group.

Just final week, Kanter did an interview with CBS Sports the place he defined what it means to criticize a politician like Erdogan.

"If you converse out towards Erdoğan, meaning you are a terrorist. If he can't put you in jail, then he'll take your loved ones away and put them in jail and say, 'should you do not cease working towards me, then I am gonna maintain your loved ones in jail.' That's what he is making an attempt to do, did that to me, that he tried to place my dad in jail, so he thought that I used to be gonna cease speaking, that made me even speak about this extra so the world can see it."

You can watch the clip of that interview beneath.