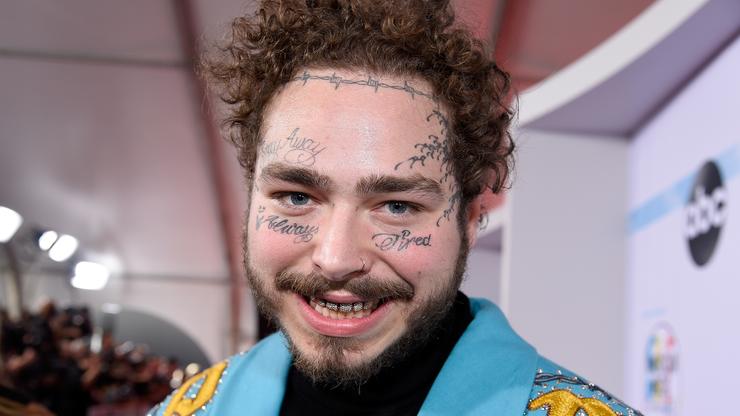 If by chance anyone thought that Post Malone was an intimidating act with his numerous face tattoos and inked arms, Sublime’s bassist Eric Wilson is here to debunk those thoughts. The duo performed together at the Cutting Room as part of the Bud Light Dive Bar Tour and Eric admitted that while he didn’t know much about the “White Iverson” singer before their set, he was surprised after spending time together.

“I don’t listen to the radio, to be honest, so I didn’t know who he was until we started learning his songs,” Eric told Page Six. “I started to really enjoy his music … Don’t let the tattoos scare all you normal people away. He’s a sweetheart.”

In other exciting Post news, he recently told his adoring audience that he’s completed his upcoming tape. “I have some pretty fuckin’ awesome news, and the reason my voice is kinda fucked is because I was in the studio for the last three days and we just finished up the new album, and I think it’s gonna be pretty goddamn out of sight,” he told his Wyoming audience. At a later date, Post confirmed that the album will arrive in September – we’re just a few weeks away.