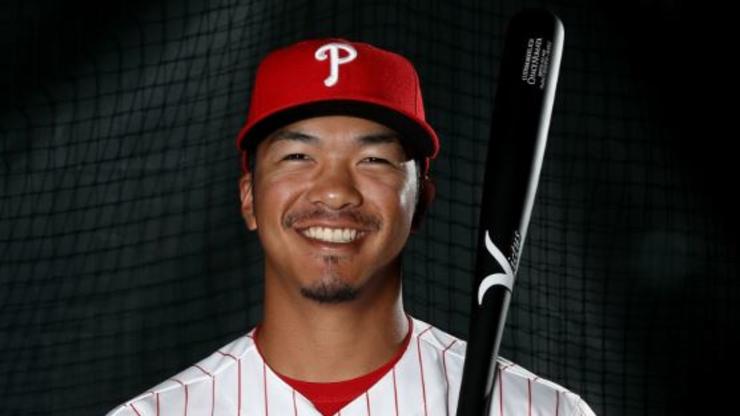 It was a freak skateboarding accident.

The baseball community is mourning the loss of Detroit Tigers minor league catcher Chace Numata. Last Friday morning, police in Erie, Pennsylvania responded to a call in the downtown area of the city. There was a report that a man was laying on the ground and bleeding from his head. Numata was rushed to the hospital to be treated for his injuries, but it was announced on Monday that the 27-year-old had passed away.

A surveillance video in the area showed the moment Numata's accident occurred around 2:00 a.m. He was on his skateboard making his way down the street when suddenly the board stops and Numata falls forward. "It appears he just fell on the skateboard and landed headfirst on the ground," said Erie police Sgt. David Stucke. "It appears he was unconscious as soon as he fell. He was knocked out."

Numata's baseball career launched after he was drafted to the Philadelphia Phillies back in 2010. After playing for a number of teams throughout the years, in November 2018 the Hawaii native inked a deal with the Detroit Tigers organization and played for the Double-A Erie SeaWolves and the Triple-A Toledo Mud Hens.

"The Erie SeaWolves are heartbroken and deeply saddened by the passing of Chace Numata," SeaWolves owner Fernando Aguirre shared in a statement. "Chace was a leader, an outstanding teammate, a friend to many, and his personality was positive and infectious. He made everyone he met feel welcome, and he had a very positive impact throughout the SeaWolves organization and the Erie community."

The Tigers organization shared those same sentiments in a statement they released on Twitter. "Though this was his first year with our organization, Chace was beloved by many from our Major League club through all levels of our player development system," they wrote. "He had an engaging personality that quickly established him as a leader on and off the field." Check out their full statement and condolences from others below.