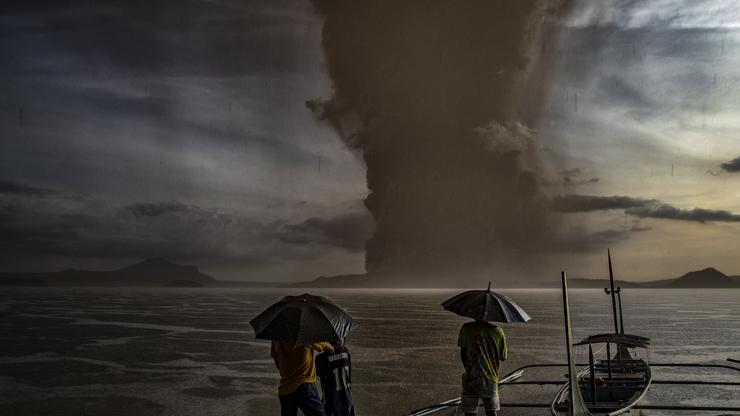 Thousands are being evacuated.

A massive volcanic eruption outside of Manila, the capital of the Philippines, has left thousands being evacuated, according to the Associated Press.

Steam, ash, and pebbles were shot 6 to 9 miles into the sky while lightning struck the surrounding area.

The Taal Volcano is located 37 miles south of Manila. The 6,000 locals who share the island with the volcano and tens of thousands more who inhabit nearby coastal towns have all been evacuated.

“We have asked people in high-risk areas, including the volcano island, to evacuate now ahead of a possible hazardous eruption,” Renato Solidum, head of the Philippine Institute of Volcanology and Seismology, said.

The Institute increased the danger level of Taal Volcano to level 4 on Sunday, meaning that “a hazardous eruption may happen within hours or days." Reaching level 5, the highest level, would mean "hazardous eruption is underway and could affect a larger area," according to the AP.

So far, there have been no reports of injuries.

Multiple videos and pictures have been posted to social media of the incident. Check some of them out below.