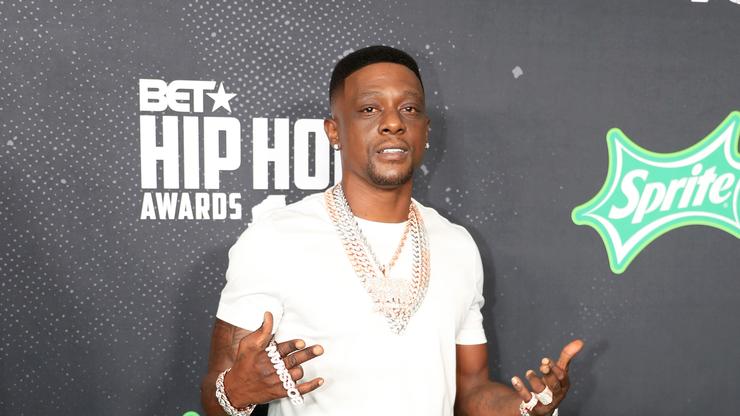 Boosie Badazz was pleasantly surprised when he received a special gift from Pablo Escobar's family this week. The rapper was given some memorabilia of the infamous Colombian drug lord, including a T-shirt bearing his notorious mugshot signed by his brother, Roberto, as well as Pablo's actual fingerprints. Boosie shared a video on Instagram showing off the generous gift, showing how thrilled he is to receive such an honour.

In the clip, Boosie gives a little insight on what we're looking at. "From Pablo Escobar's family baby. Pablo's real fingerprints on the thing. His brother Roberto signing it. It's authentic, man," he narrates. "Pablo fingerprints before he died.  The co-founder of the Medellin cartel sent me this. Medellin, n*gga. To Boosie. I keep his name alive. I'm lit the whole day. Can't nobody tell me sh*t.  I've sh*tted on the world. When keeping it real pays off. Nobody better not tell me sh*t." In the caption, he declared that he will be going to Medellin this summer to visit Pablo's mansion.

In another video, Boosie boasts about how the gift is "bigger than a Grammy" to him. "You know why?" he asks. "Because everybody got Grammys. But what motherf*cking rapper got this? It's a Hood Grammy."