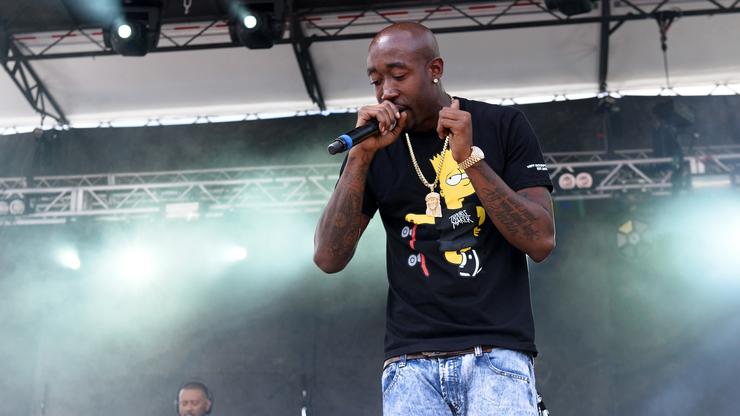 Freddie Gibbs and Madlib have kept fans waiting over half a decade for the release of their long-awaited second collaborative joint effort as MaddGibbs. Pinata arrived in 2014 to critical acclaim and further propelled Gibbs into the conversation of best rappers in the game right now. Freddie’s collaboration with Madlib came from left field to most but the results of their work in the past have come out beautifully. After dropping four singles, the duo returned with the second album in their trilogy.

Freddie Gibbs and Madlib have done it again with the release of their new album, Bandana. Following years of waiting, Freddie Gibbs and Madlib dropped off a fifteen-track project with masterfully curated features. Pusha T and Killer Mike link up with Freddie Kane and Madlib for the cocaine-fueled “Palmolive.” He later teams up with Yasiin Bey and reunites with Black Thought towards the end of the project on “Education.” And of course, Anderson .Paak comes through with the assist on “Giannis.” 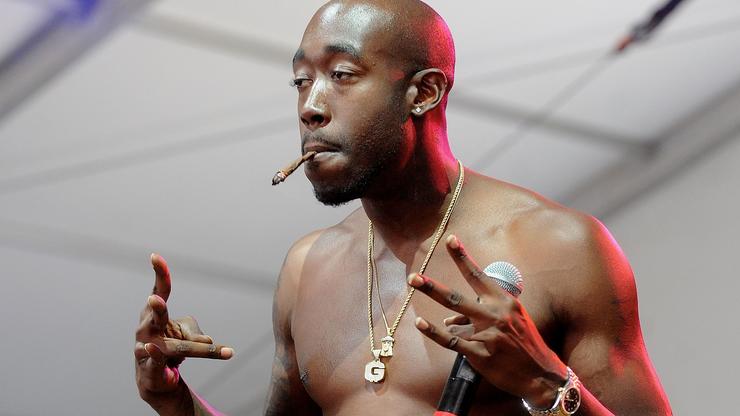 “Bandana” is officially on the way.

One of the most anticipated albums in hip-hop this year is Freddie Gibbs and Madlib’s long-awaited follow-up to 2014’s Pinata — an album that cemented Gibbs as one of the best in the game. They’ve teased Bandana over the course of the past few months following Freddie’s strong run in 2018. Each month, it’s been pushed back to the next but it seems like it’s finally on the way.

Gibbs and Madlib shared the official cover art for their new project which brings both of their worlds together. The cover art reveals the return of Quasimoto sitting on top of a Zebra while they watch Hollywood going through the rapture. On the bottom right of the corner, there’s a broken Pinata.

The new album is set to feature appearances fromAnderson .Paak, Pusha T, Killer Mike, Black Thought, and more. The project also serves as Freddie Gibbs’ first album on a major label since leaving Interscope in 2007. Bandana is set to be released  KeepCool/RCA Records and Madlib Invazion/ESGN.

Last month, the rapper-producer combo sat down with EW where they revealed two important details: Bandana is set to arrive in June and it will also serve as the second installment in a trilogy of albums by MadGibbs. Maybe it’ll take another five years to release but if Bandana lives up to their debut, then the wait will be worth it.

Kane season is in effect.

Freddie Gibbs and Madlib are arguably the best rapper/producer combo of this decade. Over the past month and a half, they've been teasing the release of the sequel to 2014's Pinata. "Flat Tummy Tea" and "Bandana" were the first two singles off of the project but neither Madlib or Gibbs have confirmed a release date for the project. On Gibbs recent appearance on #NoWahala podcast, the rapper shared exclusive details on the project including when they plan on dropping, Bandana.

Bandana has been a work in progress over the past few years. Gibbs spoke to the #NoWahala hosts Tune Day and Bawo and detailed his upcoming project with Madlib. The rapper didn't mention who was on the upcoming project but he did reveal that he had a big feature on the project. He also teased that the third single off of the project is set to drop next month right before Bandana drops.

Bandana marks a new era in Freddie Gibbs career. After spending the past decade releasing music independently, the rapper recently announced his new major label deal with KeepCool/RCA Records. Bandana is set to be released as a partnership between Keep Cool/RCA Records & Madlib Invazion/ESGN.

Peep the episode below with Gibbs talking about the release around the 61:40 mark.

This is the primary time Freddie Gibbs will likely be releasing music by way of a significant label since leaving Interscope.

Pinata followers rejoice! Five years after the discharge of their critically acclaimed joint mission, Freddie Gibbs and Madlib have reunited for the sequel, Bandana. It’s been within the making for some time. Gibbs stated he was sitting on the mission final yr, ready for the appropriate time to launch it. The mission marks the return of MadGibbs however not solely that, but it surely additionally marks Gangsta Gibbs return to the majors.

Freddie Gibbs and Madlib simply launched their music, “Flat Tummy Tea” earlier as we speak which kicked off the marketing campaign for Bandana. As DJ Booth identified, the mission will mark Freddie Gibbs’ first main label deal since leaving Interscope in 2007. The mission is about to be launched by way of RCA Records later this yr.

“Bandana will likely be launched as a partnership between Keep Cool/RCA Records & Madlib Invazion/ESGN,” the press launch reads.

Bandana nonetheless would not have a stable launch date but but it surely appears fairly potential that it may arrive within the coming months. Next month is likely to be perfect since March 18th marks the five-year anniversary because the launch of Pinata.

If Bandana arrives earlier than June, Gibbs can have efficiently launched three tasks throughout the span of a yr. He launched his solo mission, Freddie final June. In October, he, Curren$y and Alchemist teamed up for his or her collaborative mission, Fetti.

Keep your eyes peeled for the Bandana launch date.