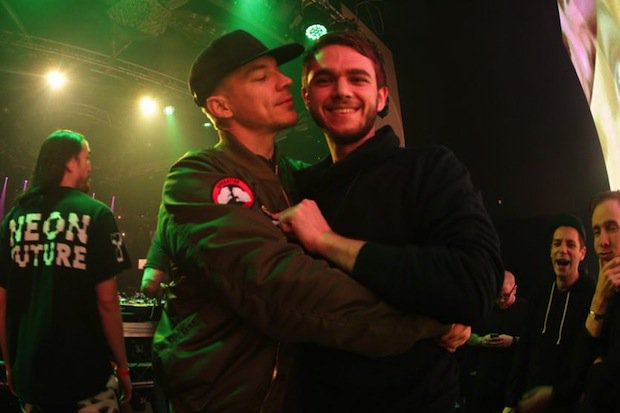 Diplo Fires Back Against Zedd & Matthew Koma Backs Up Diplo

Last night, Zedd reignited some years’ old beef between himself and Diplo. Max Vangeli had been on quite a Twitter rant, lasting around 6 hours, before landing upon Diplo and calling him out for ignoring him during a gig in Hong Kong. The tweet called Diplo the “biggest pussy dick in the game,” to which Zedd, entirely unprompted, responded, “100% truth.”

That was all it took to reignite beef between the two producers which began (or was at least most visible) when Diplo called out Zedd for his song with Aloe Blacc, “Candyman.”

At the time, Diplo tweeted at Zedd, “Wtf is this fake Flume drop ft M&Ms? It’s not OK to do this man, come on.” Zedd replied, “Stop being a jealous little bitch and do us all a favor and just shut the fuck up.”

Now in 2018, Diplo says he’ll go “full Pusha T” on Zedd if he doesn’t delete his Twitter in 24 hours, referencing the more recent beef between rappers Pusha T and Drake.

What’s more is that “Find You” and “Spectrum” vocalist Matthew Koma said that he’ll feature on Diplo’s track, making this one of the more bizarre betrayals in EDM history. Where’s the beef between Koma and Zedd?? Surely we expected them to be on the same side.

Take a look at all of Diplo’s shots back below. The timer is counting down…

Come on @billboard I need some spicier beef I already put this guy in a coffin two years ago when he made a song with a Walgreens or a tampon company or whatever it was . https://t.co/zyyEbd7Bhg

I'm gonna give @Zedd 24 hours to delete his Twitter account or im going full Pusha T on him pic.twitter.com/lu9A1ElE3v

And let’s not forget Diplo’s reply to Max Vangeli himself who started this last night.

. @maxvangeli sorry bro when you asked for my autograph in Hong Kong I honestly thought you were just a fan I didn't know you had also played the show really early, my bad . Good luck with everything ! ?