REPORT: All The Artists Rumored for Governors Ball 2020

Festival season is almost upon us — and for those lineups that have yet to be announced, let the speculation begin. The internet is currently buzzing about the Governors Ball 2020 roster and we have the scoop.

According to inside sources, Tame Impala, Vampire Weekend and Stevie Nicks are set to headline. Plus, Miley Cyrus, Solange, Flume, and H.E.R. are expected at the annual NYC festival. As always, Governors Ball is all about variety, showcasing a range of genres.

Psychedelic rockers Tame Impala made their first appearance at the festival in 2015, so they’re well overdue. Plus, their new album The Slow Rush is due out in February, so this kind of headline couldn’t come at a better time. Meanwhile, Vampire Weekend last played Governors Ball in 2014. This would be Nick’s first time.

NYC’s Governors Ball celebrates its 10th anniversary in 2020 and there may be a huge change in scenery.

According to multiple reports, organizers of the music festival are scoping out a new location for next year’s installment. As of now, the official website offers a vague location — “New York City.” Gov Ball seeks to move from Randall’s Island Bronx’s Van Cortlandt Park.

Founders Entertainment’s Tom Russell has confirmed: “We are indeed exploring the idea of moving the festival to Van Cortlandt Park. A ton of people are very interested and excited about the idea.”

This isn’t the first time Governors Ball has relocated. After its inaugural year in 2011 at Governors Island, the event has stayed put at Randall’s ever since.

The festival will undergo other changes for 2020, including a new age policy. Moving forward in 2020, anyone under the age of 18 will need to be accompanied by an adult 21 or older

Moving forward in 2020, anyone under the age of 18 will need to be accompanied by an adult 21 or older. Governors Ball also notes that each adult may only bring in two teenagers max. These individuals must arrive together. Valid IDs are required. 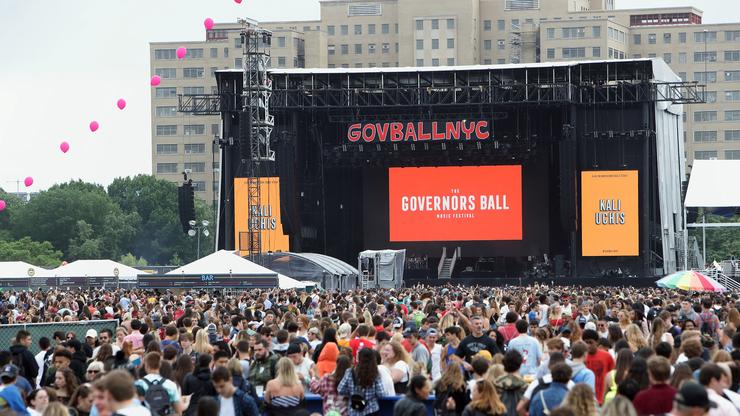 The festival has decided to implement some new policies for 2020.

The Governors Ball in New York City has been around since 2011, and the music festival is, more often than not, a huge success. However, next year, a new set of rules will be implemented to supposedly improve the festival experience. As part of their New Age Policy, the festival, which will take place next on June 5-7, 2020, marking its 10-year-anniversary, will require that any attendees 17 years or under be accompanied by an adult of at least 21 years or older. The policy change also explicitly states that any festival-goer 21 years or older who wishes to accompany a minor to the festival may only bring up to two attendees under 18 years old.

“Nothing is more important to us than the quality of the festival experience, and the changes we are implementing this year come directly from fan feedback and conversation.” said Tom Russell and Jordan Wolowitz of Founders Entertainment, who run the Governors Ball. “We are always listening, always evolving, and always trying to give our fans and our city the best festival they could ask for.”

Last month, Tinder launched Festival Mode on its app in partnership with various festivals like EDC Las Vegas, HARD Summer, Hangout Fest, Firefly, and more. In theory, it sounds like a great way to meet people going to the same events as you as they’ll likely have a very similar taste in music. In practice… not so much.

Stereogum writer Julia Gray was brave enough to try it herself, and the reality is it’s pretty much Tinder — but at a music festival. In fact, a lot of the matches she made based on the Governors Ball festival badge on the app weren’t even aware of the function, nor what the festival was.

Gray describes her time at the festival on Tinder with all too much familiarity.

“Kevin, 22” was my first match. He also had the [Governors Ball] sticker. His bio read: “Irish boy over for the summer. Part time personal trainer. Full time virgin. If anyone has numbers for green please help me out.”

I did not have any numbers for green but I started the conversation anyway: “Gov ball?”

He replied: “Don’t even know what it is haha.”

I thought it best he not know and unmatched him.

As Gray later points out, the functionality of Tinder is largely lost when you can’t actually connect to the app, which is a common difficulty found at festivals where service is lacking.

The Strokes and SZA were unable to perform. Because of the delayed start of the festival, Charli XCX, SOB X RBE and Soccer Mommy also got their sets axed during the day.

The first two days of Governors Ball 2019 went off without a hitch. Headliners Tyler, The Creator and Florence + The Machine were able to play on their respective days, as well as Major Lazer, Lil Wayne, The 1975, Gesaffelstein and more.

Festival attendees should expect those Governors Ball refunds within 21 days, according to organizers. 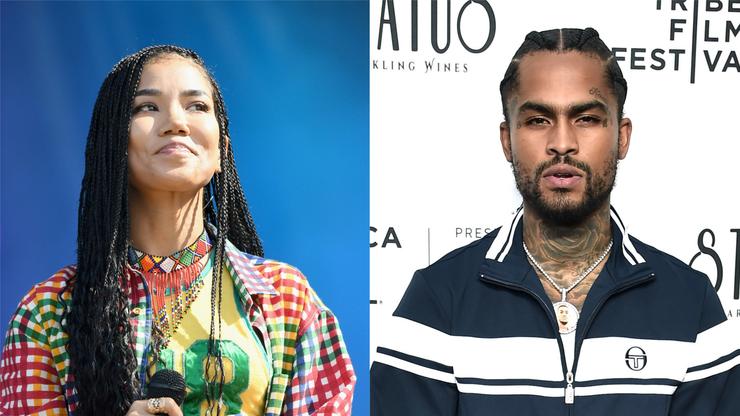 Some people are hoping these two go on a date together.

Jhené Aiko’s love life has been in the headlines for months and after her split with Big Sean, many of her fans are wondering who she’s been seeing lately. The singer is remarkably secretive when it comes to her relationships. It took weeks for anybody to even find out she had ended things with Sean. After a New York rapper posted a picture of himself and Jhené enjoying a close embrace, people are speculating that maybe Dave East is next in line for the artist.

Despite the wonky ending at Governor’s Ball this weekend, Dave East and Jhené Aiko still managed to fit in some face time backstage. They were both hanging in the artist area when Dave felt like taking a picture with the “Triggered” singer. They got pretty close for the shot and, as many are pointing out in the comments section, they would actually make a pretty cute couple. Others are wishing for a collaboration out of this meet-up while the most unconcerned folks are speaking on the photobomb happening behind them.

Do you think Dave East and Jhené Aiko would make a good couple? If not, who do you see Jhené finding real love with in the future?

Major Lazer is ushering in “a new era of lazer” ahead of the group’s 4th and supposed final album… but it won’t be with Jillionaire. The longtime member of the group has reportedly parted ways with Diplo and Walshy Fire to pursue solo projects, to be replaced by Ape Drums.

The departure began to become apparent when his name was continuously left out of promotional materials. The video below, for instance, only mentions Jillionaire in the first scene. Thereafter, it was only Diplo and Walshy.

a new era of lazer 🌐 pic.twitter.com/gJGAO6illB

Another major indication that Jillionaire had officially left was Major Lazer’s performance at Governors Ball this past weekend, when he was absent and Ape Drums was present.

Feels good to be back. We are grateful for your presence @govballnyc pic.twitter.com/HoI5aeZx1D

No official statement has come from any member of Major Lazer, past, present, or future, and Jillionaire’s Twitter has been inactive since September 2018. Some sort of press release is expected in due time, or perhaps the group will simply carry on and leave fans to assume for themselves.

Jillionaire has been a member of the group since 2011, when he and Walshy were brought in to replace founding member Switch. He’s featured on two Major Lazer albums, Free the Universe in 2013, and Peace is the Mission in 2015.

Your EDM has reached out to representatives for Major Lazer and will update with a response. 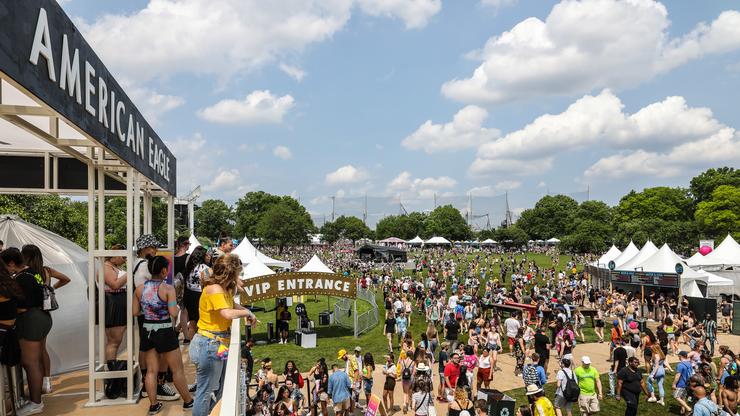 Governors Ball has been evacuated.

In New York, the final evening of the Governors Ball came to an early close when festival grounds were evacuated due to severe weather threats. Festival organizers sent out an official evacuation notice shortly before headling sets from The Strokes and SZA.

The final decision to shut things downs came after periodic cancellations throughout the weekend due to the threat of rain. Earlier on Sunday, the festival was delayed due to forecasted storms. The lack of any actual rain left plenty of fans pretty upset.

“I’m annoyed because I spent money expecting to be here the whole day, seeing a bunch of people and now I’m only seeing one or two people,” 20-year-old attendee Alicia Litt told the New York Post. “I don’t think it was done right… at least give us half a refund something. It’s not fair especially since nothing happened… they told us last minute too. Most people were already on their way coming.”

The festival went on to tweet that they are working on refunds for Day 3 while acts that were canceled such as Charli XCX moved on to put on separate shows around the city to make up for the circumstances.

After debuting in 2016 Arcade Fire, Kendrick Lamar, and LCD Soundsystem, promoters AEG and Goldenvoice have determined to take a break in 2019, citing points with the venue.

“While we have now loved our time on Randall’s Island and its nice services, we really feel that we have now achieved all that we are able to at this web site,” AEG despatched out in an announcement.

AEG initially tried to host the pageant at Flushing Meadows in Queens, however bumped into points with one other New York pageant, Governors Ball, relating to its timing. Eventually, New York Mayor Bill De Blasio and NYC Parks needed to become involved, and, writes Billboard, “negotiated a compromise between the 2 sides, shifting Panorama to Randalls Island and pushing the pageant again into July, seven weeks after Governors Ball.”

Read the total assertion from AEG under.

Panorama will likely be taking a hiatus in 2019 whereas we proceed discussions with NYC Parks to deliver the pageant to Flushing Meadows Corona Park in Queens, the place it was initially envisioned.

We had a implausible expertise with Paul Simon this previous September at Flushing Meadows and stay up for returning sooner or later.

We had been disenchanted in NYC Parks denial of our allow utility regardless of the long run advantages this occasion would ship to the group and the park.

While we have now loved our time on Randall’s Island and its nice services, we really feel that we have now achieved all that we are able to at this web site. We stay up for continued conversations with City Parks to discover making the Flushing Meadows web site a actuality. Until then, we thank the followers and artists who supported the occasion for the final three years of implausible performances.