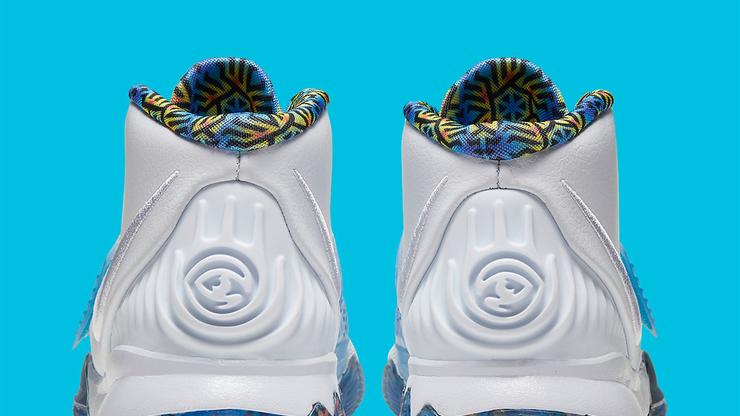 The Nike Kyrie 6 is being updated with a colorful Kaleidoscope inspired model.

If you’re a basketball player who keeps up with the sneaker world, then you are well aware of Kyrie Irving’s signature line with Nike. This past year, the brand released the Nike Kyrie 6 to rave reviews. Over the past few months, there has been a plethora of dope Kyrie 6 colorways and as 2020 presses on, Nike is prepared to drop even more offerings. Recently, yet another model hit the internet and according to Sneaker News, this one is for the kids only.

Don’t let the white upper and translucent blue strap fool you. This is a colorful offering thanks to the kaleidoscope pattern that is found on the cuff, lining, and outsole of the sneaker. The Kyrie Irving logo is implemented into the kaleidoscope branding which helps add an interesting yet classy layer of branding to the shoe. If your kid is in the market for some new basketball shoes, these would certainly prove to be a solid cop.

These are set to drop on Saturday, March 14th so be on the lookout at your local sneaker retailers. In the meantime, let us know in the comments below what you think of the colorway and whether or not it’s worth copping. 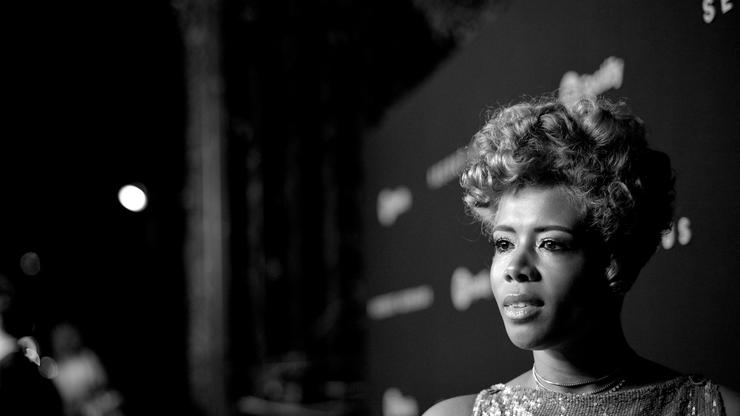 Kelis’ debut is getting a new release.

SingerKelis has revealed that a 20th anniversary reissue of her debut Kaleidoscope album is set to arrive on February 21st, with a physical release to follow on March 6th.

New selects will include a Neptunes remix of “Caught Out There” along with several edits and mixes of “Get Along With You.” The release is outfitted as an entire experience as those copping the physical copy can expect to receive a translucent orange vinyl disc while Kelis also prepares to tour the album across Europe and the United Kingdom in March.

The new announcement arrives on the heels of anew revelation fromthe songstress that her-then label bosses Pharrell and Chad Hugo reportedly failed to pay her her full royalties for all projects produced by The Neptunes.

“I was told we were going to split the whole thing 33/33/33, which we didn’t do,” she told The Guardian. According to Kelis, she never noticed that he wasn’t getting paid because of the money she was making from touring.

“Just the fact that I wasn’t poor felt like enough”, she added. “Their argument is: ‘Well, you signed it.’ I’m like: ‘Yeah, I signed what I was told, and I was too young and too stupid to double-check it.’”

After releasing Syzygy 01 in March 2018, Opiuo is back with the first installment from Syzygy 02, coming out later this year. “Kaleidoscope” continues the same brand of forward thinking, intellectual bass that Opiuo has come to be known for, and it’s well worth the wait.

Frequently mentioned alongside names like Gramatik, KOAN Sound, Freddy Todd, and the like, Opiuo uses funk and bass to deliver his vision. (Also, speaking of Gramatik, catch Opiuo on tour supporting him this Oct/Nov. Details here.) On “Kaleidoscope,” Opiuo takes the track title literally and develops the song little by little, layer upon layer, until the full picture finally comes into focus.

“One of my absolute favourite items in life is a kaleidoscope. It’s full of colour, never the same, always morphing layers upon layers of spinning swirling shapes and vibrant light. So when I sat down to make an intro to Syzygy 02 I knew I wanted something that begins with the smallest moment of a sound, working up slowly with everything around it into an infinite world of bendy, blending, sonic infused bassadelic adventure!”

“Kaleidoscope” is the first single off of Syzygy 02, which will be out later this year. Listen below!