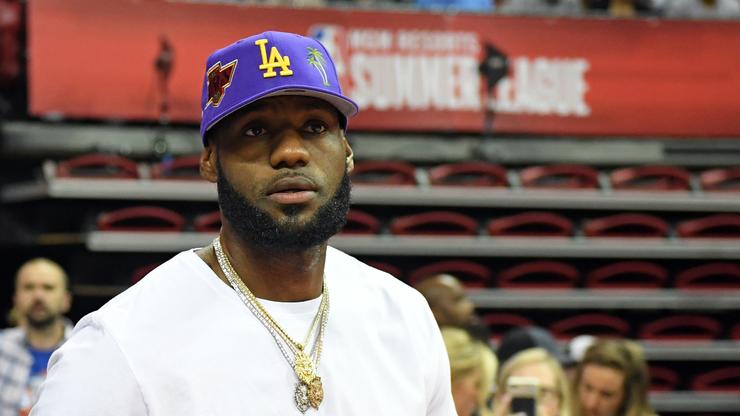 Taco Tuesday is bigger than ever.

Every Tuesday, you can be sure that one of the best basketball players to ever walk this earth, will take to social media and proclaim their love for tacos. If you don't know by now, Taco Tuesday is like a religion in the LeBron James household. In this dead season for sports, LeBron's affinity for Mexican cuisine has become a rallying cry for those who are craving the start of the basketball season. Taco Tuesday has no limits and last night, James showed the world that the tradition has become a phenomenon so big, amusement parks full of people are clamoring for it.

During the LeBron James Family Foundation "Family Reunion" at Cedar Point, the Los Angeles Lakers star got on stage and began to address the crowd. It was only a matter of time before he started to ask the crowd "what is it?" and in unison, they all chanted "Taco Tuesday."

In some ways, LeBron looked like a powerful political figure of sorts, yelling his Taco platform to the crowd. James seems to be one of those people who can get a crowd riled up to the point where if he ever held a political rally, he could probably unite the country. There is no telling what kind of power Taco Tuesday holds and what it will become in the future. If we thought LeBron was powerful enough already, just wait until Taco Tuesday becomes the rallying cry of middle America as we get closer to the 2020 election.

No tacos were actually featured in the video above so we wonder if anyone actually got to enjoy the tradition or if it was simply a facade.