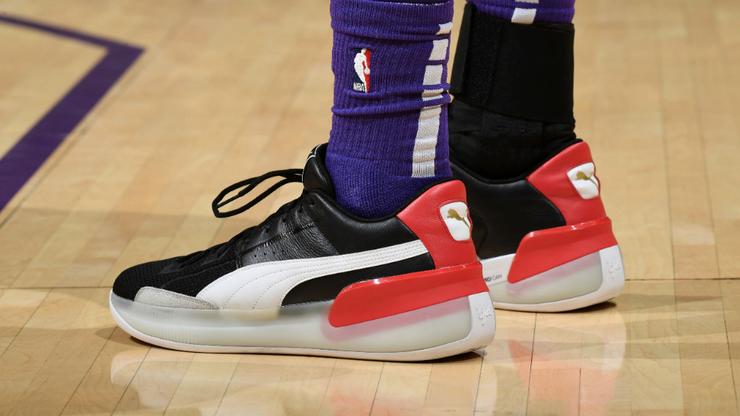 PUMA Hoops has joined forces with Dreamville Records for a special edition colorway of the brand’s latest basketball silhouette, the Clyde Hardwood. The collaborative kicks, first debuted on the court by Los Angeles Lakers’ forward Kyle Kuzma, come equipped with a classic red, white and black colorway with Dreamville detailing on the tongue.

This is PUMA Hoops’ first project with Dreamville as the brand continues its ongoing partnership with the record label and comes on the heels of the PUMA x Dreamville Clyde ROTD3 debut, a lifestyle sneaker that sold out immediately after its launch during Day N Vegas festival earlier this month.

As a nod to the original Puma Clyde sneakers that Frazier wore on the court in the 70s, the Clyde Hardwood pulls design cues from the OG model with a “lifestyle-first” inspired construction that can be worn both on and off the court. Key features include vintage materials and old school design lines, while the on-court performance of the shoe includes engineered lacing systems, ProFoam cushioning midsole, and a specially-tuned traction pattern for the court.

The Clyde Hardwood Dreamville, priced at $120, will be available exclusively online at Footlocker.com starting next Friday, November 22. Continue scrolling for some additional photos. 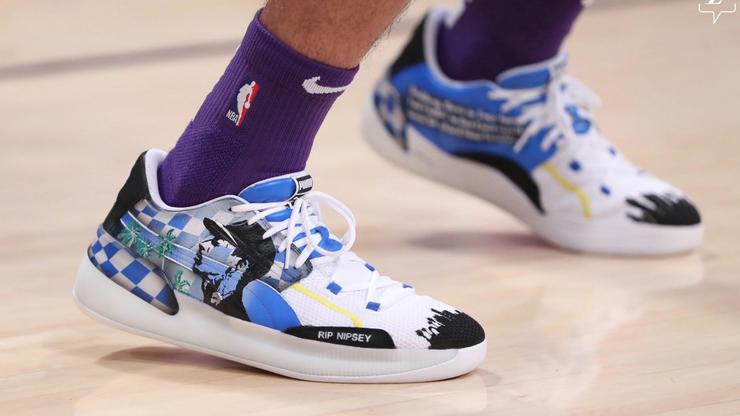 As seen in the photos shared by the Lakers' social media accounts, the special edition Clyde Hardwoods feature a portrait of Nipsey along with some of his lyrics, a white and blue checkered print and other nods to the Cali-native.

Green finished with just six points in his 19 minutes of action on Wednesday night, but the Lakers still cruised to a 120-94 victory over the injury-riddled Golden State Warriors.

Up next for the Lakers, who currently lead the Western Conference with a 9-2 record, are three straight home games starting with a Friday night matchup agains the Sacramento Kings, followed by dates with the Atlanta Hawks and Oklahoma City Thunder. 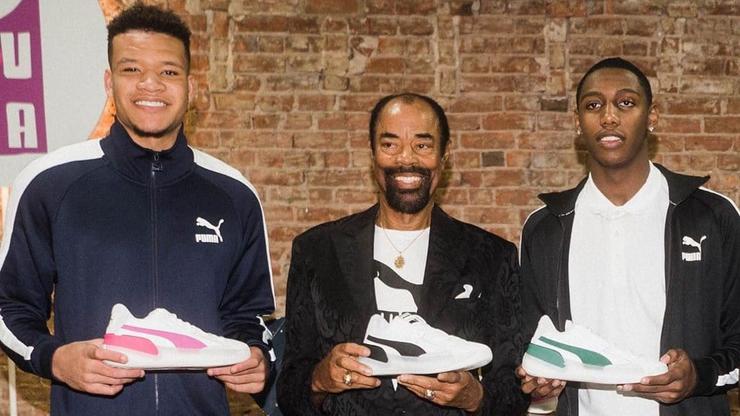 As a nod to the original Puma Clyde sneakers that Frazier wore on the court in the 70s, the Clyde Hardwood pulls design cues from the OG model with a “lifestyle-first” inspired construction that can be worn both on and off the court.

The Clyde Hardwood, priced at $120, will make its retail debut on October 18 in a trio of white-based colorways include White/Black, White/Green and White/Pink. Of course, PUMA athletes such as Barrett and Knox, as well as DeAndre Ayton, Terry Rozier, Danny Green, Marvin Bagley III, Michael Porter Jr. and others will also have special edition PEs ready for the start of the NBA season.

Check out some additional images of the Puma Clyde Hardwood below.