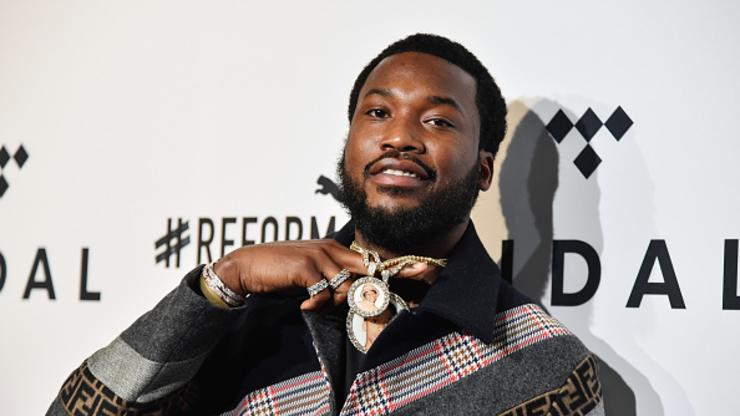 PUMA has another Meek Mill inspired sneaker in the works, following the Clyde Court #Reform that debuted earlier this year.

Launching in correlation with Meek’s Free Meek documentary debut on Amazon, the latest Clyde Court #REFORM will be available on PUMA.com and Amazon.com, as well as some specialty boutiques in Meek’s hometown of Philadelphia on August 9.

The kicks retail for $120 and 100% of net proceeds from the sale of Clyde Court #REFORM benefitting REFORM Alliance. REFORM aims to reduce the number of people who are unjustly under the control of the criminal justice system, starting with probation and parole at the state level.

The second Clyde Court from PUMA inspired by Meek comes to life in a red and black color scheme. According to PUMA, the black represents the U.S. prison system, while the red represents the blood and sacrifice of those who have courageously given so much fighting oppression and injustices over the last 60-plus years.

Additional details include “#REFORM” stamped on the front tongue and outsole, while “WE HAD TO BE SEEN BECAUSE WE COULDN’T BE HEARD,” a quote from longstanding PUMA Ambassador Tommie Smith, is printed on the outer heel.