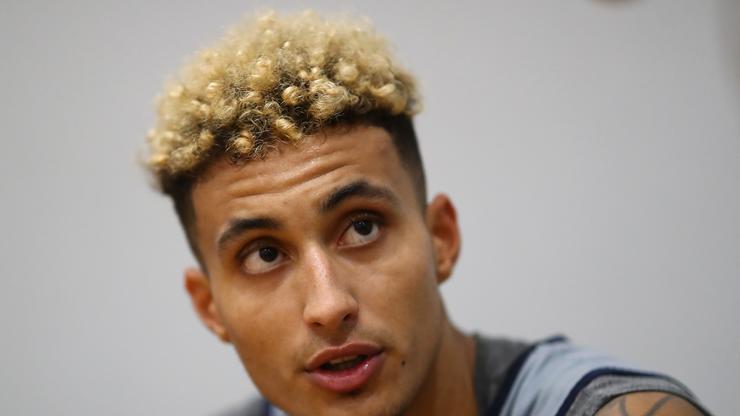 This logo will look great on a shirt.

Kyle Kuzma has been one of the bright spots on the Los Angeles Lakers this past couple of years even if the team hasn't been putting up the best results in the win column. Kuzma already has a ton of star power so it shouldn't be all that surprising that brands have been trying to scoop him up and acquire his services for various deals. For the past two years, Kuzma has been with Nike but today, it was announced that he was signing a deal with Puma.

The partnership will see Kuzma remain a part of Puma for five years and it is believed he will be making $3 million a year while with the brand. Perhaps the coolest part of his deal is his brand new logo which merges his nickname "Kuz" with the rest of the Puma logo. Of course, this leads to a special visualization of his last name, Kuzma.

Based on this first image, the logo looks pretty fantastic and will certainly lead to some pretty cool merch. Kuzma has proven himself to be one of the cooler young players in the league and it seems like Puma wants to capitalize on that image.

As Puma expands its new basketball line, Kuzma will be playing a huge part in the brand's NBA rebuild. 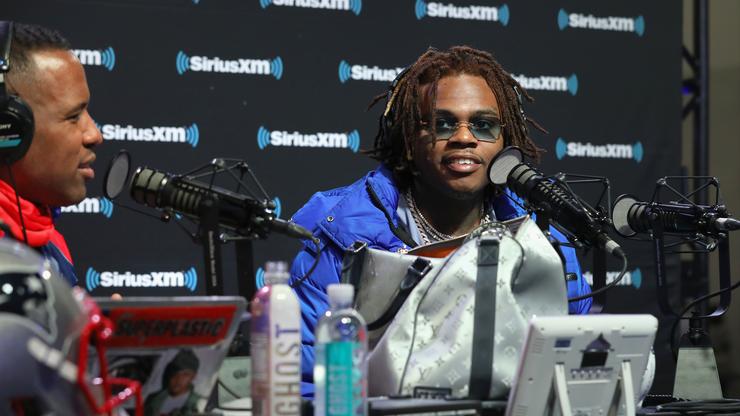 Nike, Adidas, and Puma are three brands that have been staples in hip-hop. Nike and Adidas have landed partnerships with some of the biggest names in the game. Although mainly focused on athletes, Nike does have Drake and Travis Scott with their own Jordan shoes while Adidas roster includes Kanye West, Pusha T, and more. However, Puma is getting up there as well. Jay-Z currently serves as the company’s creative director which might explain why we’ve seen some of hip-hop’s most revered artists sign partnerships with them. The latest to link up with the company is none other than Atlanta’s own Gunna.

Gunna confirmed that he has signed a deal with Puma during ComplexCon Chicago. However, if you ask him why he chose to sign a deal with Puma, he will clarify that wasn’t the case. “Puma chose me,” he told Complex about signing a deal with the sportswear brand.

“They’ve already been in the game long, so I’m familiar with Puma. I feel like they were determined,” he said. “They really wanted to do business with me and take my ideas and bring them to life. It’s more about me building a relationship in the business for longevity. I’m not just doing any quick deals with anybody.”

He added, “JAY-Z, and Nipsey Hussle, too. I was following the family with those two. And Meek [Mill], too. I feel like the roster they already had was full of good artists, and I can fit right in.”