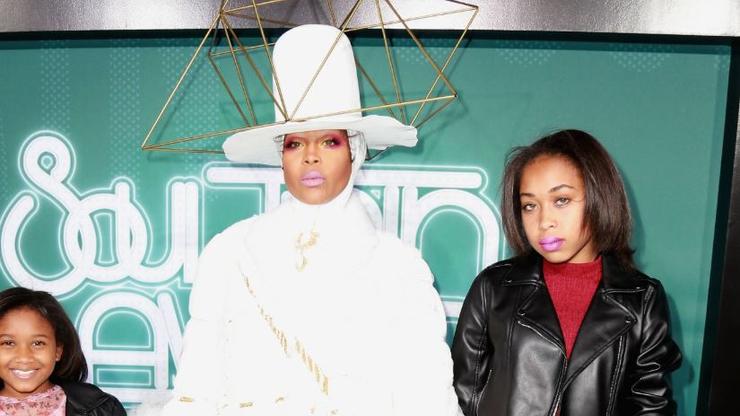 The young singer follows in her mother’s footsteps.

The apple doesn’t fall far from the tree, as Erykah Badu and rapper-producer The D.O.C.’s daughter Puma proves in a recent video both parents shared on Instagram. In the clip, the 14-year-old performs at Booker T. Washington High School for the Performing and Visual Arts, singing “One Night Only” from the Broadway musical Dreamgirls.

This isn’t the first time that the young singer has flexed her vocals for the public. For the past few years, the young artist has showcased her skills on social media, first gaining attention back in 2106 when Badu shared a video of Puma performing Rihanna‘s “Stay.” At the time she was 12-years-old, singing the hit song as she was sat upon a spinning swing.

Puma, who looks strikingly much like her mother, is but one of three of Badu’s children. The Baduizm hit-maker also has a 21-year-old son, Seven, with Outkast’s Andre 3000 and a 10-year-old daughter, Mars, with Jay Electronica. Badu has spoken of her tribe, saying that her family, father’s included, are all very close.

“Andre – I’m like a big sister to him, and he gives me a lot of great advice,” she said. “Jay Electronica…we’re very close. He’s very protective. He’s a soldier. He wouldn’t let anything happen to me or any of my kids or any of the fathers,” adding “D.O.C….he and Puma are very close. He’s a nurturer, so he nurtures all my children the same.”

“They could be at my house at any given time together,” Badu explained. “Holidays are a reality show…They’re beautiful, they’re wonderful. They love and respect me. They’re my friends.”