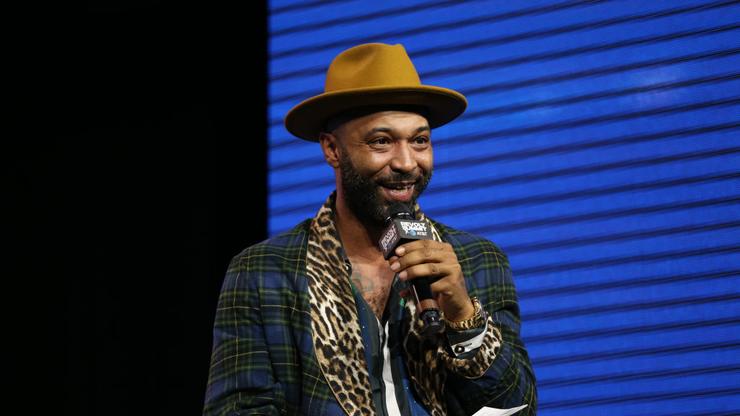 Joe Budden Preps Pandemic Performance Of "Pump It Up"

And to think, all it took was a pandemic to bring Joe Budden out of retirement with a potential performance of "Pump It Up."

Unlike ninety-nine percent of his fellow rappers, Joe Budden means it when he says "I'm retired." But despite having made one of the biggest about-faces in modern media, from lyrical elite to a prominent voice in hip-hop media, it's not easy to forget Budden's roots as an emcee. It's a problem he has faced on many an occasion, especially when it comes time for him to play the role of critic; no look further than his intense exchange with Jay Electronica following an admittedly scathing review of A Written Testimony. And for those who take back to rap, it always returns to "Pump It Up."

For better or worse, Jumpoff Joey will be forever associated with his breakout hit. Unfairly labeled as a one-hit-wonder, Budden's catalog stretches far beyond the 2003 Just Blaze-produced single -- and yet it has somehow come to define him as an artist. Yet anybody who has watched Budden on one of his various platforms knows the man is as self-deprecating as they come. It's no wonder that upon finally reaching his breaking point, no doubt incited by an expansive stretch of quarantine-induced boredom, he returned to the place it all began.

"I’ve watched 7 movies and 3 docs & I’ve been to the fridge 9 times… I think it’s time i give y’all a live performance of Pump It Up on Instalive," he teases, Twitter, much to the delight of his fans. We can only hope that Joe isn't merely pulling our strings -- it goes without saying that the antics induced by seeing Joe Budden perform his iconic hit on Instagram Live would go a great way in boosting collective morale. Do it for the people, Joe. 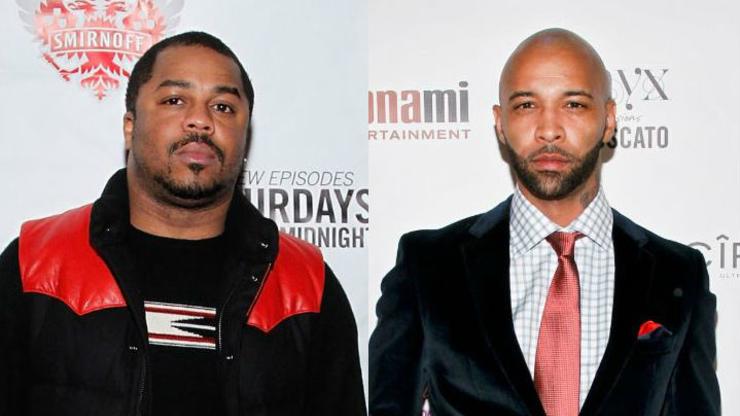 Just Blaze shared a bit of information that gives Joe Budden’s “Pump It Up” a whole new meaning.

One revelation can make you see a song in an entirely different light. Way back in the Spring of 2003, Joe Budden gave the world his classic single “Pump It Up” that has been played hundreds of millions of times worldwide. The song is still a party favorite year-round, but unbeknownst to fans, Just Blaze reveals that the track was about…self-love...prior to a few lyrical changes that ended up being the finished product.

“Maybe that explains why I loved it so much as a teenager,” one of the hosts added. Check out the full episode of Sole Collector with Just Blaze and groove to Budden’s “Pump It Up” below. 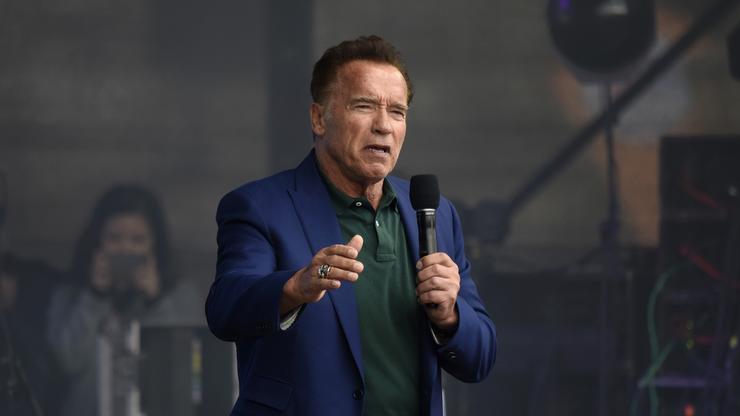 Arnold Schwarzenegger is featured on Andreas Gabalier’s new song about him.

Arnold Schwarzenegger has a pretty inspiring story. Hailing from Austria, the man had a dream to become a worldwide star and he achieved his goals, coming over to the United States, working hard and defying the odds. We know him from his iconic roles in the movies as the Terminator and because of his synonymous ties to the Gold’s Gym in Venice Beach. On a new song released a few days ago, Arnold Schwarzenegger actually gets on the mic for a new journey, helping out Austrian artist Andreas Gabalier for a motivational anthem called “Pump It Up.”

The track details Schwarzenegger’s life and his drive to always strive for perfection. Keep working hard and you’ll see results, he says in the song. “Hey I’m Arnold Schwarzenegger and listen carefully,” starts off the actor. “Dig deep down and ask yourself, who do you want to be/Not what, but who—if you believe success will come to you/Work like hell, trust yourself and all your dreams come true.”

As noted by XXL, his delivery is not as eclectic as most rappers out there today. Usually, people will try to stand out in the way they sing their bars but Arnold seems happy spitting with a Terminator-like flow, focusing more on precision and staying on-beat. A music video was released alongside the new audio, which shows Gabalier and Schwarzenegger hitting the gym, spending time in the studio, and more. What do you think of Arnold’s future in the game?

Dee Barnes Calls For Support In The Wake Of Homelessness

Dee Barnes offers an update on her troubling circumstances.

Dee Barnes entered the game as a trailblazer, the first female hip-hop journalist with a television series. Though Pump It Up! featured many prominent interviews with some of the late-eighties' and early nineties' biggest names, many have come to associate Barnes with another unrelated incident. In 1991, Barnes was assaulted by Dr. Dre during a record release party, an incident that was later referenced by Eminem in Slim Shady LP's Dre-assisted "Guilty Conscience." While the situation was ultimately settled out of court, it appears to have followed Barnes ever since.

Now, Barnes has found herself once again facing adversity of a different nature. The former host recently shared an update on her situation, explaining that she's currently in the process of being evicted. She has since shared a GoFundMe page with a further explanation: "This page was created as an emergency fund to stop the process and the subsequent legal fees," she writes. "Even though I am facing extreme financial hardship, I keep my head up. I know who I am, I know my worth and I know I'm not alone."

Speaking with HipHopDX, Barnes drew a parallel between her current circumstances and her experience during the Dr. Dre assault trial. “I had never asked for public help before, but I then remembered a long time ago while I was going through the assault trial in 1991 people were sending me checks for my legal fees," she tells the publication. "I never cashed any of them — not one — but knowing I had that support kept me strong enough to continue to face each court date. Right now, I am officially homeless. My goal with the campaign is to regain stability, which is imperative for survivors of any trauma."

Now, Barnes is seeking the assistance of her supporters to help solidify her position. Should you be interested in donating to her cause, the GoFundMe page can be accessed here. Barnes is currently a little under a thousand short of her intended five-thousand dollar goal. Best wishes to Dee Barnes!

Gentlemens Club & SampliFire Drop "Pump It Up" On Bassrush

There are virtually too many unimaginable bass producers popping out of Europe to maintain observe of, however far and away, Gentlemens Club and SampliFire make up 4 of the highest ones. These UK gents and French connoisseur have lastly teamed up for “Pump It Up,” out now Bassrush.

“Pump It Up” performs itself off as a reasonably subdued tune at first, main issues in with a low-volume vocal pattern and lead synth earlier than switching gears. It’s not lengthy earlier than you get the suspense of an impending heavy drop, and the precise drop itself is bound to not disappoint.

Gentlemens Club: “We’ve been impressed by early rave music for so long as we are able to bear in mind. Combined with our present type and Samplifire’s excessive vitality bass, we created Pump It Up.”

SampliFire: “We wished to create a excessive vitality membership breaker, taking inspirations from the 90’s for introduction resulting in a contemporary bass music design within the drop. On a private be aware it was such a aim to work with these guys!”

There’s numerous old-fashioned rave vibes, together with the synth breaks and drums, that go into making this a throwback and trendy basic multi functional. And remember to pay attention till the very finish for an surprising shock. Check out “Pump It Up” from Gentlemens Club & SampliFire beneath.