Whethan’s “Pumped Up Kicks” Remix Is Finally Out Now

After an interesting year of releases and a small club run in the latter half of 2019, and also a headlining Red Rocks date with Big Wild, Whethan heads into the home stretch with a new remix of Foster The People’s hit “Pumped Up Kicks.”

“Pumped Up Kicks” is easily one of the biggest hits of the decade, and it’s become instantly recognizable since its initial release in September 2010. Its high-energy vocals and rhythm mixed with harrowing subject matter have made it feel at home as a cult hit as well as a pop classic. Now, Whethan has gotten his hands on it and turned it into a stripped down — really stripped down — house tune.

Mark Foster’s vocals remain pretty much intact without any major processing on them. Meanwhile, the instrumentation is pulled back and replaced with a four-on-the-floor kick and snare on both the verses and chorus. In fact, it’s the exact same drum pattern and bassline in both. The only difference is the vocals in the verses versus the iconic whistle in the chorus.

Still, the nostalgia factor plays a strong part here and the track is a fun, simple tune to throw on at home or when you need to get the energy back in order during a club set. Check it out Trap Nation below. 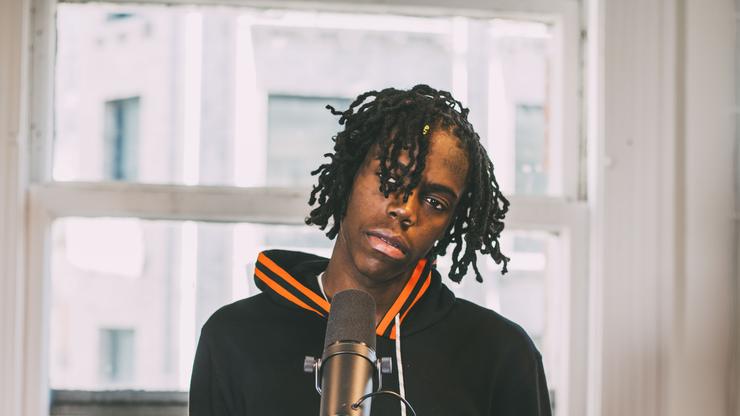 Yung Bans plays with the 2011 hit’s theme of guns.

Remember that Foster the People song, “Pumped Up Kicks”, that took over 2011, despite not subscribing to any of the conventions of a radio hit and despite being a playful tune about school shootings? Of course you do. You probably just started singing it in your head right now. Well, it seems the song also emerged from the depths of Yung Bans’ memory recently and he decided to throw it in a song.

It’s funny to imagine Yung Bans in the booth, freestyling, and suddenly he starts singing “Pumped Up Kicks”. Regardless of how it came about, his rendition of the indie pop hit seems like it has the potential to be equally catchy. In the snippet he shared, the beat is stripped away while he sings the chorus in its original melody, but in a slightly sped up manner. The beat has the joyful noises and punctuating kick-drums of bubblegum trap.

Yung Bans dropped his debut studio album, Misunderstood, in July, but he’s most often making headlines for beef-related stories. He became entangled in a back-and-forth dispute with DJ Akademics and Lil Yachty regarding Misunderstood‘s sales, but that died down in August.

Are you feeling this Yung Bans snippet though? Do you support bringing back “Pumped Up Kicks”?