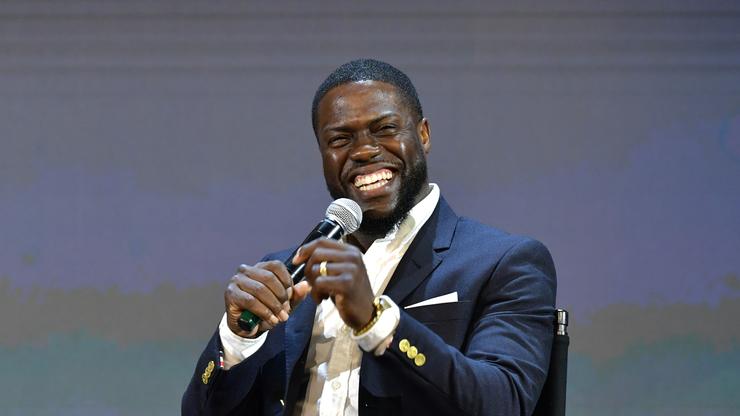 Kevin Hart’s Wife Spotted At Pumpkin Patch Without Him

Kevin Hart is still recovering, while his wife holds it down.

It’s Halloween season! During this time of year, children can’t wait for trick-or-treating, while parents take pride in pumpkin picking with their families. Carving out pumpkins and taking pictures with their children is what makes this season so fun, besides the haunted houses and creative costumes of course. One of the many parents taking the opportunity to bond with the family is Erika Hart. Kevin Hart’s wife was recently spotted at a pumpkin patch with her child, Kenzo, but Kevin was apparently nowhere to found.

Considering what Kevin Hart has gone through this past year, including the court battle with ex-business partners, a sex tape leak, and an almost fatal car accident, it’s understandable that Kevin needs to take his time out of the spotlight. He’s still recovering from his car accident, which had caused 3 spinal fractures and back surgery. That didn’t stop the comedian from getting back to work. He’s working on the new Jumanji movie, but he’s not fully recovered just yet. Although he’s not feeling 100%, he’s definitely giving 100% to make this new movie a success. He may have missed out on pumpkin picking with his kid, but that didn’t stop Kenzo from smiling, laughing and having a blast with his mother. He really takes after his father, always finding the positive light in every situation.

It’s also clear that Kevin will take his time to recover, as his wife takes control of their parental duties for the time being.