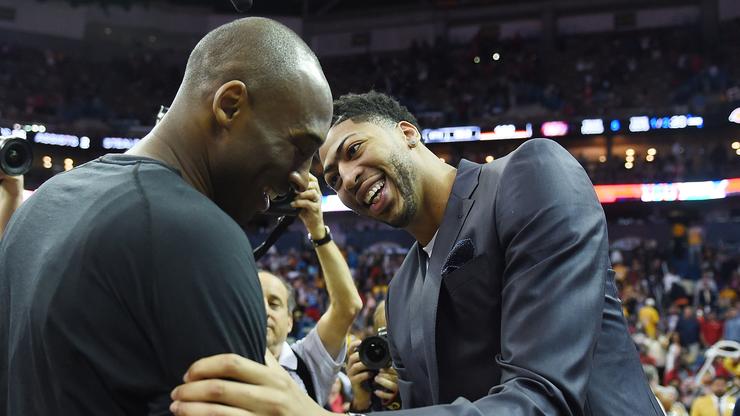 Kobe Bryant Explains How Anthony Davis Became His Pupil In 2012

Davis was looking to soak up some knowledge back in 2012.

This season, Anthony Davis will be making his debut with the Los Angeles Lakers and will have big shoes to fill. The Lakers have boasted numerous stars over the years and fans will be expecting a lot from the former New Orleans Pelicans superstar. One of the aforementioned stars is none other than Kobe Bryant who won five Championships with the Lakers between 2000 and 2010. In 2012, Davis was just entering the league and had made the roster for the Team USA Olympic squad. Of course, Bryant was on that team and immediately took AD under his wing.

In an interview with Tania Ganguli of The Los Angeles Times, Kobe spoke about what set AD apart from some of the other young players that were on the roster.

“Anthony was different just because of his curiosity about the game itself,” Bryant explained. “I think he was there when me and Serena (Williams) had a nice conversation about work ethic and competition and how she processes competitiveness and rivals and all that. Sort of comparing notes. He was just sitting there watching.”

Kobe went on to say that he feels like injuries have held Davis back throughout the early stages of his career although he still feels like he could be a Hall of Fame player. With this high praise in mind, it’s clear that Bryant things the world of LeBron James’ newest partner in crime.