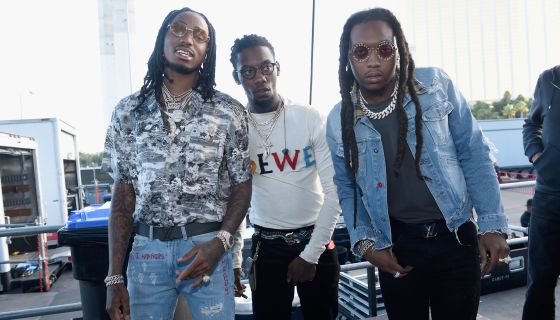 According to , the rapper is the third and final member Migos to score a solo entry on the Billboard Hot 100, as a featured artist on ‘s “Eye 2 Eye.” This is a big win for Takef, who was forced to take some time f from the music game during a recent stint behind bars—obviously just a minor setback.

Not to mention, he’s stepped outside hip hop and on to the Hot Dance/Electronic Songs chart. “While ‘Eye 2 Eye’ is Takef’s first Hot 100 entry, the song follows his 2017 appearance on the Hot Dance/Electronic Songs chart; he hit No. 26 on the list in July as featured, with Snoop Dogg and John Legend, on Calvin Harris’ ‘Holiday,’” Billboard reports.

If you haven’t heard “Eye 2 Eye,” listen below and join us in congratulating the kid.