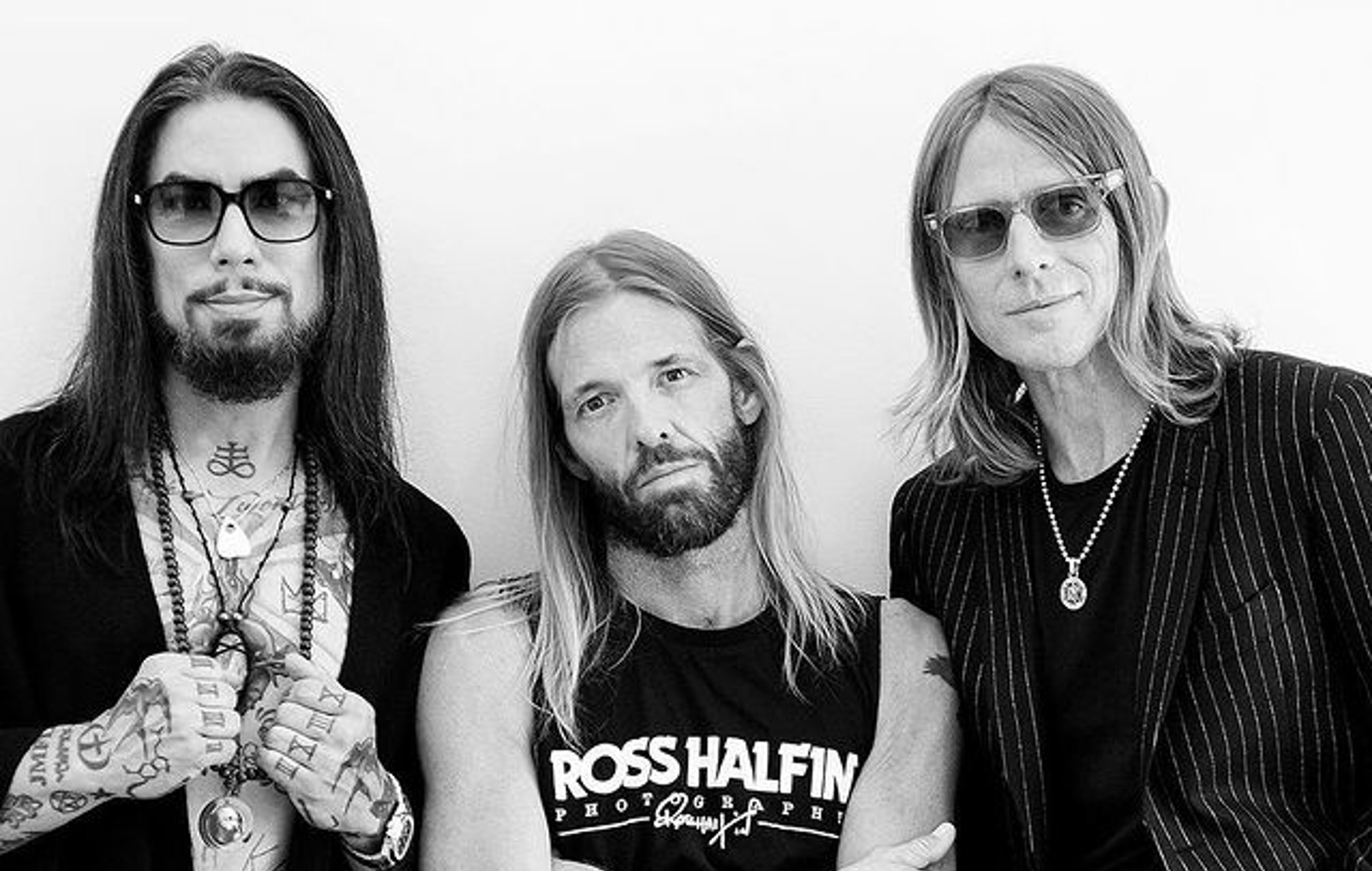 NHC, the supergroup featuring Foo Fighters drummer Taylor Hawkins, Jane’s Addiction’s guitarist Dave Navarro and bassist Chris Chaney, have shared a new video for single ‘Devil That You Know’ – check it out below.

The track is one of two new songs from the band shared earlier this month, alongside ‘Lazy Eye’. They followed on from the double release of ‘Feed The Cruel’ and ‘Better Move On’ in September.

The new video was directed by Liam Lynch. It’s a largely animated affair which sees a skeleton roaming around an art gallery. In the picture frames, Hawkins, Navarro and Chaney play the new song.

You can watch it below:

NHC formed last December and made their live debut at Ohana Festival last month. The three-piece have a headline show scheduled for the Los Angeles Troubadour on Tuesday night next week (November 23) and an album has been recorded, though a release date and full details have yet to be confirmed.

Chaney and Hawkins previously played together in Alanis Morissette’s live band in the ’90s, while Chaney is also a part of Hawkins’ solo band The Coattail Riders.

Discussing the project in a recent interview with Forbes, Navarro said that NHC represents “an awakening of everything I loved about playing,” while Hawkins has called Navarro “the best lead guitarist in alternative rock”.

“Honestly, these two guys, Chris and Taylor, are probably the two best musicians I’ve ever met just in terms of musicianship, being able to write on the spot, coming up with just a hundred ideas, keep going, no stopping, it’s amazing,” Navarro added.