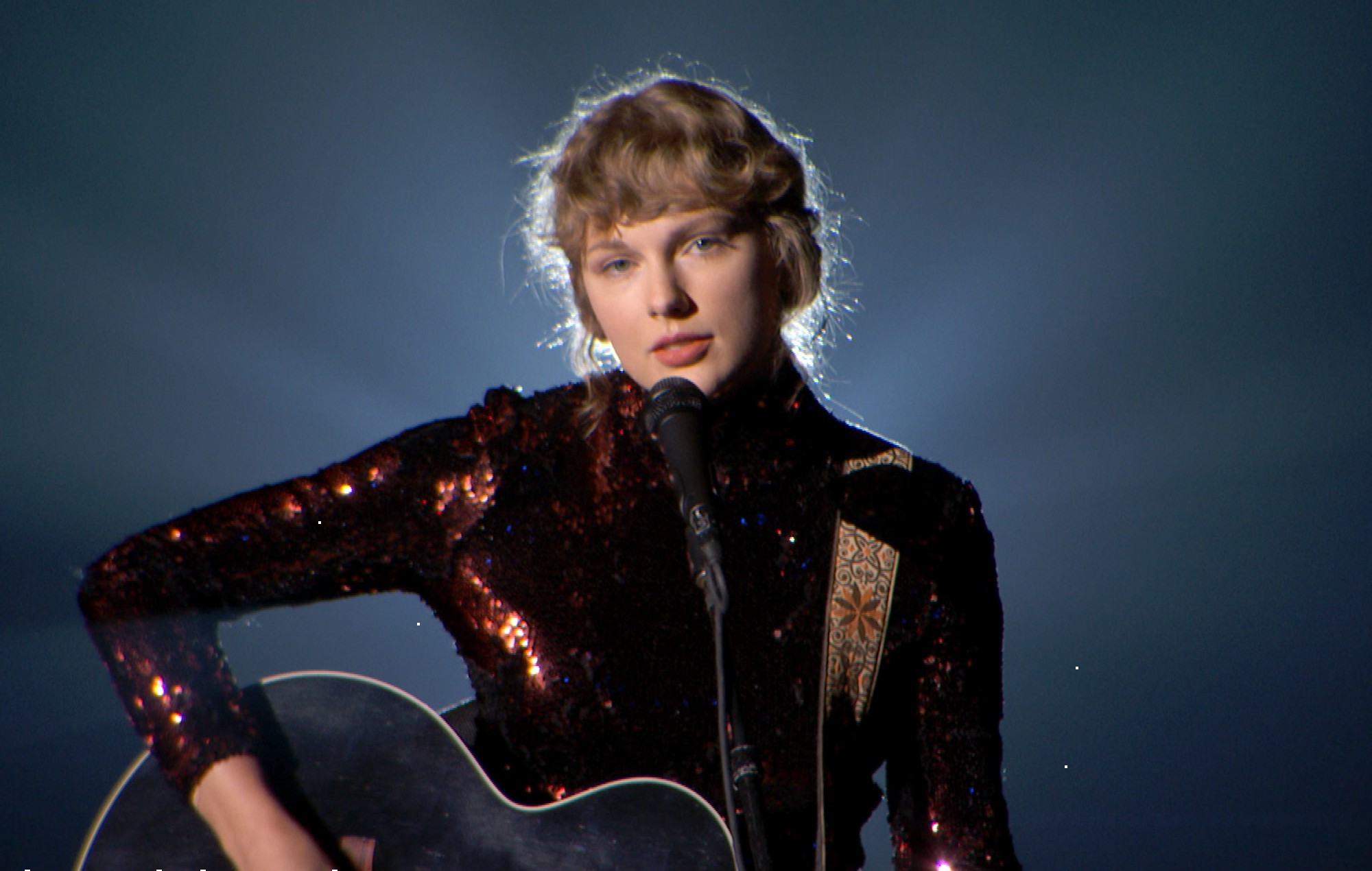 Taylor Swift is auctioning off the guitar she recently played ‘Betty’ with at the Academy of Country Music Awards in an effort to raise funds for COVID-19 relief.

The black 2018 Gibson acoustic guitar has been personally inscribed and dated by Swift, and is estimated to go for anywhere up to $40,000 USD.

Swift’s guitar is being submitted for the forthcoming online auction, titled ‘NASHVILLE: An Auction To Benefit ACM Lifting Lives COVID-19 Response Fund’. Another new addition to the auction that arrives today is the semi-hollow Gibson guitar Bradley Cooper used alongside Lady Gaga during the rehearsals for and filming of 2018’s A Star Is Born.

Both of these join the already announced item belonging to Dolly Parton – a Swarovski-crystal bedazzled four-string dulcimer, which the country music legend owned for 30 years.

What do @taylorswift13’s gibson acoustic guitar and @DollyParton’s dulcimer have in common? They're among items that are part of @ChristiesInc’s "Nashville: An Auction To Benefit ACM Lifting Lives COVID-19 Response Fund" from Oct 15-29 on https://t.co/uIASNmiasM. pic.twitter.com/yAUWVsjT9Z

“Seeing my country music community suffer due to the pandemic has broken my heart,” Parton said in a press statement.

“It was important to donate the dulcimer that was designed for my 50th Opry Anniversary so we can raise awareness and much needed funds to keep these folks on their feet before we can open the doors to our stages once again.”

Swift’s performance of the ‘Folklore’ fan-favourite was notable as it marked the first time she had performed at the ACM Awards in seven years. She later released the audio of the performance on streaming services.


‘Folklore’, Swift’s eighth album, was released the night after it was announced. In a four star review, NME said that it “feels fresh, forward-thinking and, most of all, honest”.

“The glossy production she’s lent on for the past half-decade is cast aside for simpler, softer melodies and wistful instrumentation. It’s the sound of an artist who’s bored of calculated releases and wanted to try something different.”

“Swift disappeared into the metaphorical woods while writing ‘Folklore’, and she’s emerged stronger than ever.”