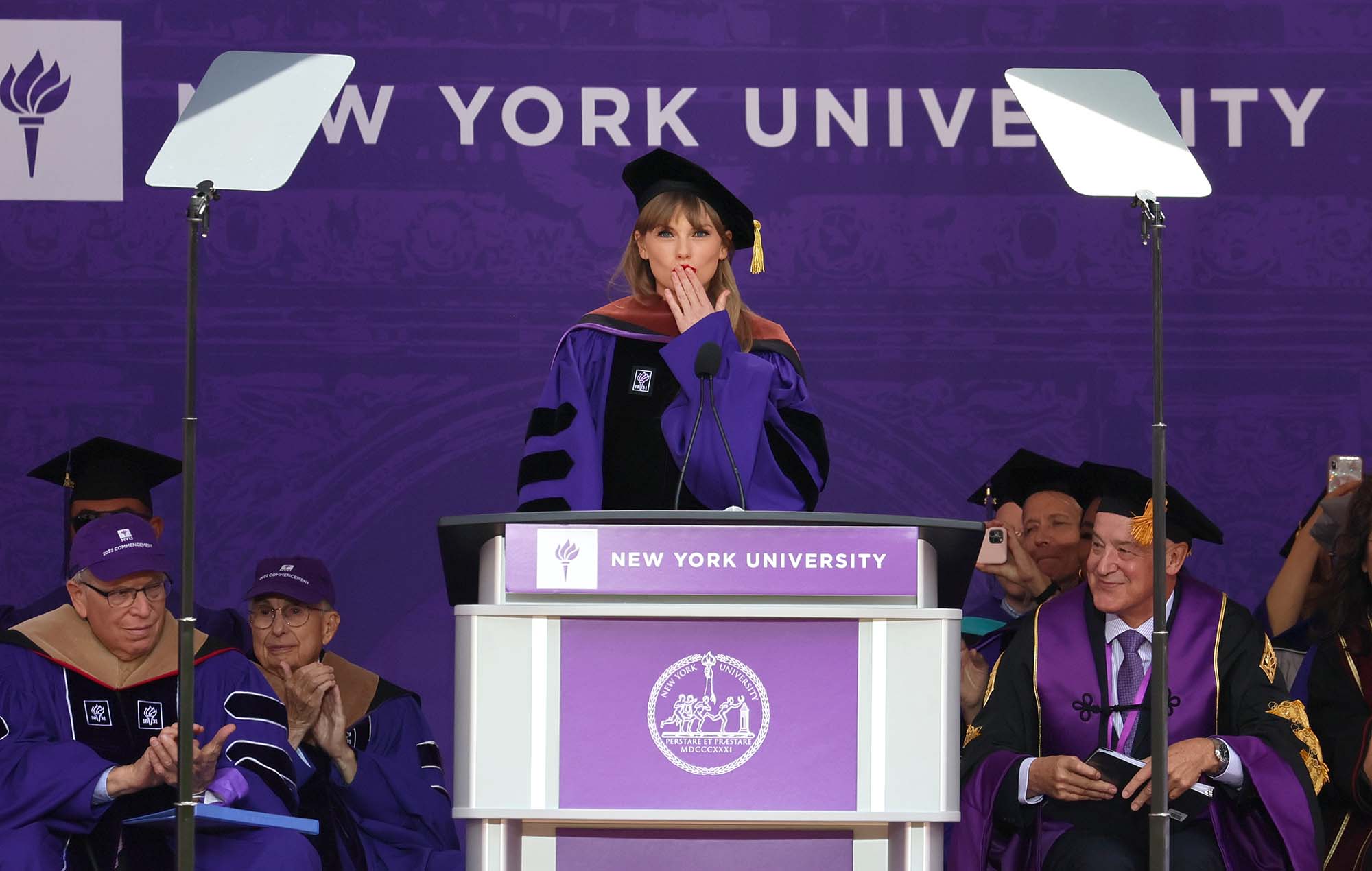 Today (October 21) marks the release of Swift’s 10th studio album. Just hours after the release, the singer-songwriter surprised fans with a deluxe edition of the album, adding to it an extra seven tracks.

At midnight on Monday (October 17), Swift began a week-long run of lyric reveals in partnership with Spotify. The line “I should not be left to my own devices…” appeared on a huge screen in Times Square, New York City.

Another lyric then popped up in London, reading: “I polish up real nice.”

In São Paulo, Brazil, a billboard displayed the following line: “Just like clockwork, the dominoes cascaded in a line.” An advert in Swift’s hometown of Nashville, Tennessee revealed the lyrics: “Did you ever have someone kiss you in a crowded room?”

A screen in Mexico City then shared the words: “Breathe in, breathe through, breathe deep, breathe out.”

Following the last billboard in Mexico, fans noticed that the lyrics were familiar and traced them back to Swift’s NYU commencement speech.

The pop star was awarded an honorary doctorate before she gave the speech at the city’s Yankee Stadium on May 18.

The speech was full of references to her hit songs, as well as jokes about her doctorate. At one point she addressed out-of-town relatives and friends of the graduates with, “Let me say to you now: Welcome to New York – it’s been waiting for you.”

Swift continued to share anecdotes with the crowd, saying: “As long as we are fortunate enough to be breathing, we will breathe through, breathe deep and breathe out. And I am a doctor now, so I know how breathing works.”

The lyrics are from the ‘Midnights’ track ‘Labyrinth’, in which Swift sings: “It only hurts this much right now / Was what I was thinking the whole time / Breathe in, breathe through, breathe deep, breathe out / I’ll be getting over you my whole life.”

In a four-star review of ‘Midnights’, NME’s Hannah Mylrea wrote: “The country roots she revisited on her re-recorded albums is nowhere to be found, and folk influences of her lockdown projects are largely absent. Instead she spins these new stories through sleek synth-pop, in common with ‘1989’ or ‘Lover’, but the razor-sharp production of these albums is more subtle this time around.”

Earlier this week, Swift confirmed that a UK tour in support of ‘Midnights’ will be announced soon. Fans who pre-ordered the album will be able to access an exclusive pre-sale for tickets.

Earlier this week, Swift confirmed that a UK tour in support of ‘Midnights’ will be announced soon. Fans who pre-ordered the album will be able to access an exclusive pre-sale for tickets.