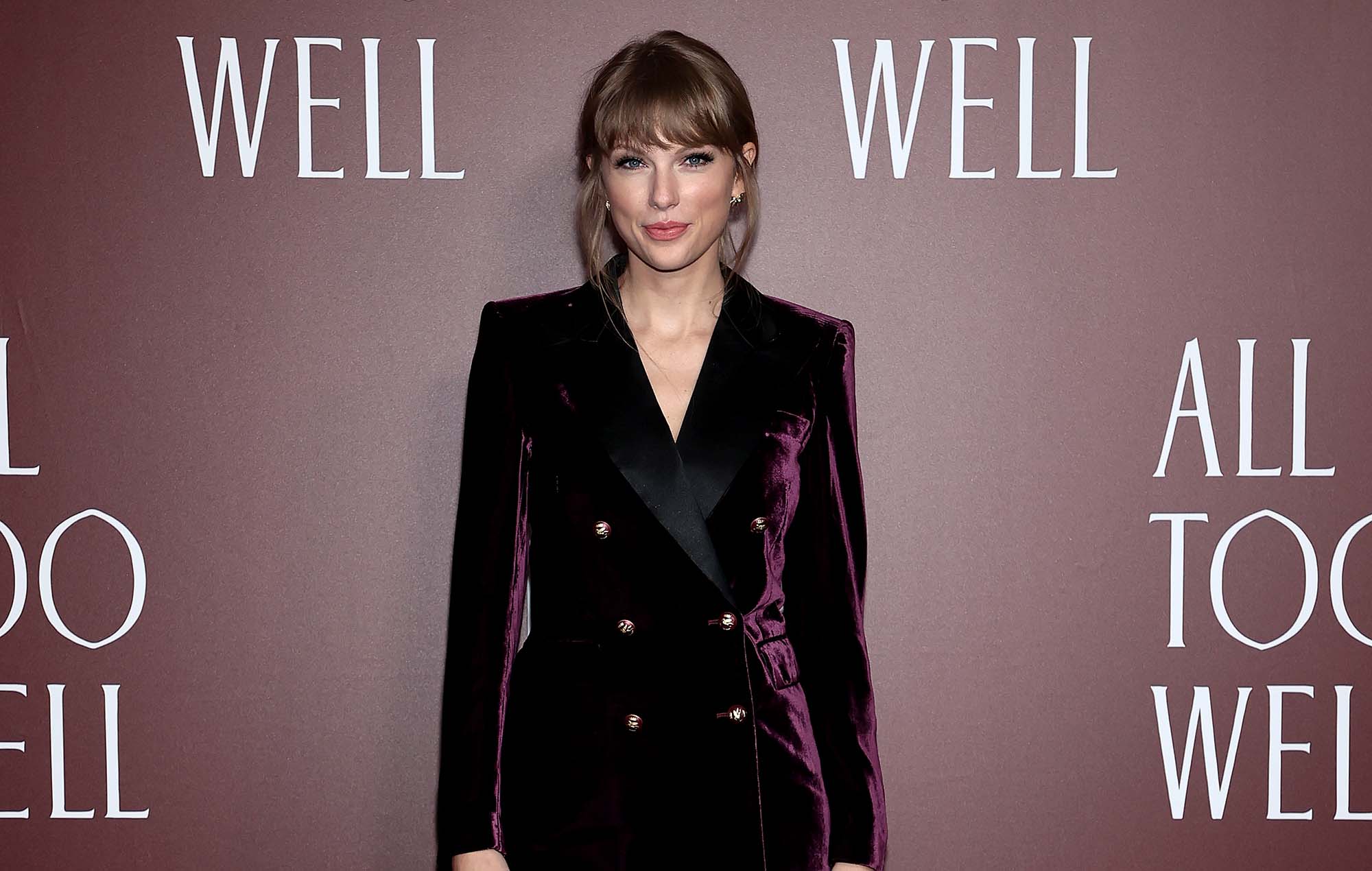 Taylor Swift on making films after ‘All Too Well’: “It would be fantastic to write and direct a feature”

Taylor Swift surprised fans at the Tribeca Film Festival on Saturday (June 11) with a live performance of her track, ‘All Too Well (10 Minute Version) (Taylor’s Version)’. Watch a clip of the moment below.

The singer was at New York’s Beacon Theatre to discuss her All Too Well short film. The event included a screening of the 15-minute video, as well as an hour-long conversation with Mike Mills where Swift discussed her approach to being a filmmaker.

Swift told the audience how her evolution to directing, producing, writing, and starring in film began with “meddling” with the edits of her music videos, then eventually writing the treatments herself.

The star also spoke to the audience about the premise behind the video, which stars Sadie Sink and Dylan O’Brien, noting that she had to “give herself permission” to create a film about the “phase of becoming a young woman” at such a “vulnerable” age.

“I think 19 to 20 is such an interesting and profound experience for a young woman because you have one foot still in girlhood, and yet society and the world is telling you, ‘you’re an adult’,” Swift said.

Getting word that #TaylorSwift’s talk from #TribecaFilmFestival #Tribeca2022 included her playing ‘all too well’ and that Sadie Sink and Dylan O’ Brien were also there!!

O’Brien and Sink also surprised the audience by showing up for the talk. Swift praised Sink’s performance in the film, saying she knew the actor had “this versatility” to convey “idealism” and an “unbroken spirit”.

Taylor also dug into how different shots in the film captured the ups and downs of the characters’ relationship.

“I wanted to show their closeness with handheld shots, I wanted to be so close we could count freckles,” Swift said. “As things fell apart, I wanted to reflect the remoteness she feels, this desperation she feels, because her world opened up to this big passionate intense love and all of the sudden, overnight, it boiled down to nothing, and the floor fell through.”

“Welcome to our concert” pic.twitter.com/GvknVgLBHS

“Dylan, I wanted to work with so much because he has this electric charisma this character needed to be able to get away with all the gaslighting,” Swift said, as the crowd erupted in laughter. She added that at the first screening of the film, fans were yelling “gaslighter, gaslighting” during the scenes where O’Brien and Sink were fighting, which made her “feel good about the younger generation”.

Swift also said she’d be interested in making more movies in the future.

“It would be so fantastic to write and direct a feature,” she said. “I don’t see it being bigger in terms of scale. I loved making a film that was so intimate with a crew that was relatively small. Just a really solid crew of people that I trusted.”

While talking about the 10-minute version of ‘All Too Well’, Swift gave fans a shout-out, sharing that it was only released because “you guys just wouldn’t let it go”.

During Taylor’s ‘All Too Well’ performance, fans shouted along, particularly the lyrics “fuck the patriarchy” and “I’ll get older, but your lovers stay my age.”

Meanwhile, Swift was awarded an honorary doctorate from New York University last month, and gave the commencement speech for their 2022 graduates.

“It seems to me that there is a false stigma of eagerness in our culture of unbothered ambivalence,” Taylor said at the time. “Never be ashamed of trying. Effortlessness is a myth. The people who wanted it the least were the ones I wanted to date and be friends with in high school. The people who want it most are the people I now hire to work for my company.”