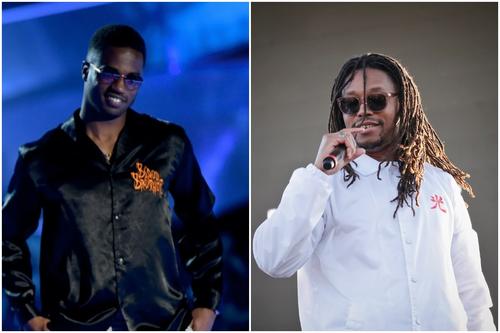 On Friday, Lupe said he’d be changing the album cover for Drogas Wave after seeing the art for Lamar and SZA’s Black Panther single, which he felt resembled his own graphic. “I admit this is a little too close for comfort,” he wrote. In a subsequent tweet, he argued that ideas and themes including “all black album covers,” “ninjas,” and “backwards albums” had also been lifted from him, seemingly pointing to Kendrick once again.

On Saturday, Dave Free shared a response to Lupe’s comments, referencing the rapper’s debut single in a tweet that told him to “go kick & push yourself into a tree with these wild allegations.”

Not long thereafter, Lupe replied to Free, sarcastically questioning the physical plausibility his joke. “I see what you did there,” he said. “However it’s rather impossible to skate into a tree because most trees are located in grass where skateboards don’t actually work to well due to the wheels not really being optimal for traversing across such terrain. Now a car or say a well placed gate.”

Lupe Fiasco announced DROGAS Wave last March. At a show later on in the year, he promised that as his first project since fully breaking with Atlantic, fans would be “getting the fully complex, fully involved Lupe Fiasco” on the upcoming LP. The album is currently without a release date.

Dave Free, on top being president TDE, has played many roles in Kendrick Lamar’s career, including managing the rapper and co-directing many his videos as one half The Little Homies.