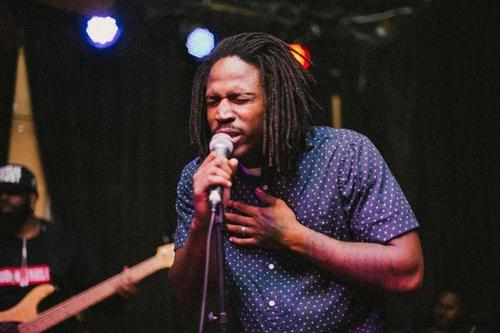 A couple weeks ago we found out that TDE’s newest signee SiR was dropping f a new album on January 19th, and now we have the title & trailer for it. On Friday, the California artist revealed the title to his next album, November, which drops next Friday.

RELATED: SiR & Schoolboy Q Link Up For “Something Foreign” Visuals

Announced on Instagram Friday, TDE shared a trifecta posts revealing the album’s artwork & trailer, which gives fans a closer look into the album. While we’ve yet to receive an ficial tracklist, November will be led the previously heard songs “Something New” & “Something Foreign,” the latter which features Schoolboy Q on it. The project will follow up last year’s Her Too EP.

It was revealed earlier in the year that TDE signed SiR to the label, ushering in a new era for the artist who found great success in the internet era.

“TDE is the first group artists to really shift things where people have to look at Cali different,” the Inglewood singer note in an interview. “I’ve been listening to those cats for a long time. If I were ever to pull influence from anything, I would definitely pull from those cats. Their work ethic and their sound is just so unique. I felt like if I were to go anywhere that would be the best place for me to be able to expand creatively. So I wanted to be around artists who would motivate me to try harder. That’s my biggest thing — motivation.”

Check out the ficial artwork & trailer for November (below), and check back next Friday to hear it.