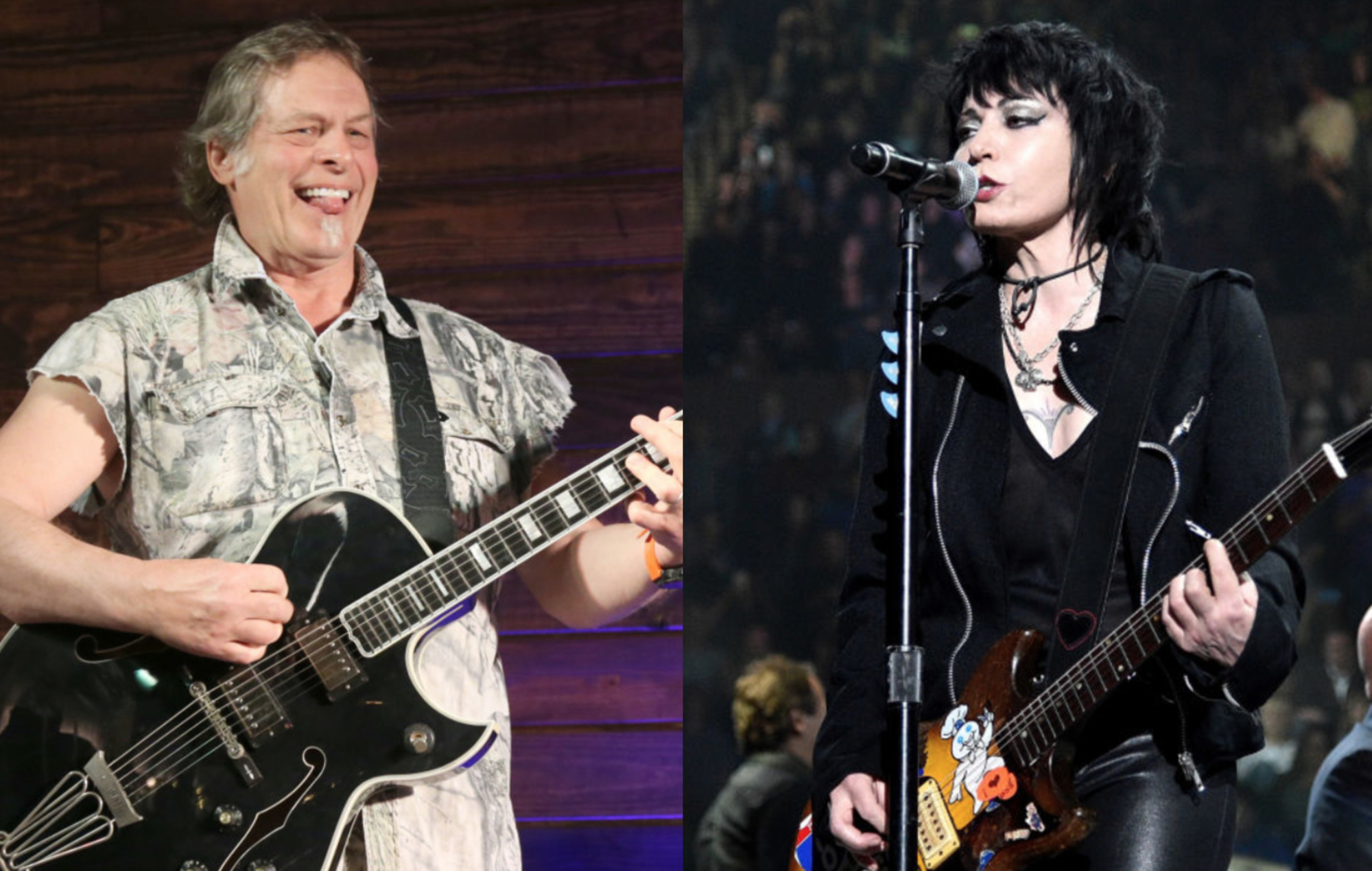 Ted Nugent has taken issue with Joan Jett being included on a list of the 100 greatest guitarists which was published over a decade ago.

The controversial right-wing rocker took to YouTube last Thursday (December 30) to deliver a rant filled livestream about a list that was originally published by Rolling Stone‘s David Fricke in December 2010.

“So I just mentioned some killer, monster guitar players, huh? Some of the best that ever lived,” Nugent said, laughing. “When you see the Rolling Stone magazine list of greatest guitar players, they list Joan Jett but not Tommy Shaw [of Styx].”

Clearly perturbed by the Blackhearts frontwoman’s inclusion, Nugent added: “You have to have shit for brains, and you have to be a soulless, soulless prick to put Joan Jett…”

He then stressed that his gripe with Jett being on the list has nothing to do with her sexuality. “[I] love Joan. Some of my greatest memories include lesbians. I love the lesbians; it’s a cocktail of wonderment,” he said.

He added: “By the way, if Grandmaster Flash is in the Rock And Roll Hall Of Fame and Joan Jett is on the list of top 100 guitar players, then I’m Caitlyn Jenner’s boy toy.”

You can watch Nugent’s rant around the 18:19 mark in the video below:

Nugents comments come after he took aim at the Rock & Roll Hall Of Fame in an a recent interview, calling its organisers out for inducting the likes of Grandmaster Flash, Madonna, ABBA and more.

“Why isn’t a band like Triumph in there, but Grandmaster Flash is?! That’s just dishonest,” he told KNAC. “Why are Patti Smith, ABBA and Madonna in the Rock & Roll Hall Of Fame, but not STYX?! Are you kidding me?! You can only explain that is that the people who made those decisions are just plain rotten people. The Rock & Roll Hall Of Fame should genuflect to Chuck Berry, Bo Diddley, Howlin’ Wolf, Muddy Waters, the Motown Funk Brothers. Are you kidding me?! How dare you put Grandmaster Flash, ABBA and Madonna in that?!”

The controversial rocker, who has been eligible to be inducted into the Rock Hall as a solo artist since 2000, he wasn’t “offended” by the fact that he hasn’t yet been inducted, but took serious issue with the inclusion of hip-hop icon Grandmaster Flash.

“It would be an honour to be part of an institution that celebrates the founding fathers of rock and roll, like Chuck, Bo, Little Richard, James Brown and going back to Howlin’ Wolf and Muddy Waters and Sam & Dave and Wilson Pickett,” he said. “I would be honoured to share that.

“What a middle finger to the ‘real’ heroes of rock and roll and rhythm and blues to put in those other people. Grandmaster Flash?! Really?! Why don’t we go down to Chuck Berry’s grave and piss on it!!! Are you kidding me?! That’s not a Ted Nugent presumption; that’s not an opinion… The evidence is overwhelming.”

The controversial rocker has been in the news a lot this year. In June, he backed the baseless conspiracy theory that January’s riot at the US Capitol was sparked by Antifa and Black Lives Matter activists.

In May, he claimed that systemic racism does not exist in the US. In a video posted by he and his wife Shemane, he described “systemic racism” as a “lie”.

Nugent also contracted COVID-19 in April, one week after performing maskless in Florida, and said he’s “never been so scared in all my life” as when he battled the virus.