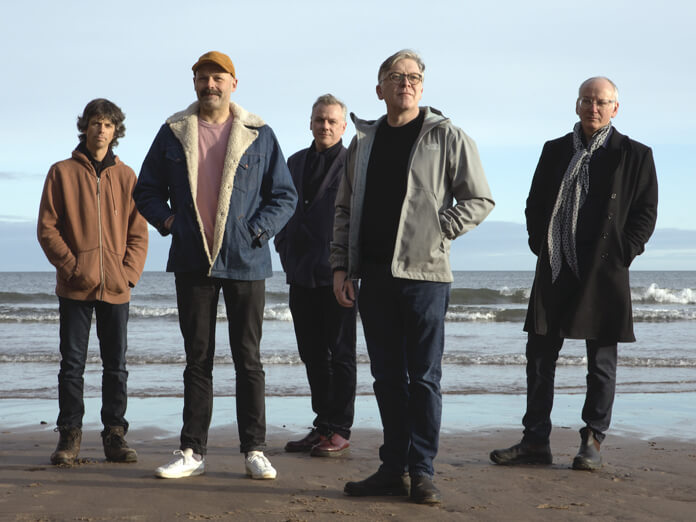 Not everything happens by design – couples stumble into separations, states slide into war – and so it was with Gerry Love’s split from Teenage Fanclub in 2018. A disagreement about an upcoming tour resulted, without either party quite realising how, in Love’s departure, 29 years after joining the band.

It’s not out of keeping with the way the group have always operated, though: instinctively, honestly, seemingly without a plan. Not for them the shock left-turn, the conceptual experiment, the album heavily influenced by electronic music or tropicália. Instead, they concentrate on the songs – and what magical songs – and let everything else take care of itself. Progress has been made over the three decades since Bandwagonesque, of course, but it’s been gradual, organic and dignified. A master craftsman does not need to reinvent the concept of a chair each time they make one.

With Love gone, change has been forced on them for the first time in a while. Remaining songwriters Norman Blake and Raymond McGinley, along with long-time drummer Francis MacDonald, quickly sorted a new lineup, with David McGowan moving from guitar and keys to bass, and Euros Childs (of Gorky’s and Jonny, the latter a duo project with Blake) joining on electric piano, organ and synths.

On Endless Arcade’s first four songs, this new lineup have sparked some of the most driving and energetic music of Teenage Fanclub’s 21st century. Opener “Home” is an epic by their standards, extended to seven minutes by duelling guitar solos, and a propulsion that suggests Rolling Blackouts Coastal Fever. There’s a lovely moment where the band embrace a happy accident, McGinley hitting what sounds like a wrong note in his Verlaine-esque solo, and then bending back into the key. Blake’s “Warm Embrace” is two minutes of sprightly new wave, complete with warm, kitsch organ from Childs and a kind of lead bass, McCartney-style, from McGowan.

McGinley’s first two offerings are darker and more angular, the title track distinguished by a sour, unexpected middle section complete with synth solo. Then “The Sun Won’t Shine On Me” and “In Our Dreams” herald the return of Blake and McGinley’s duelling guitars, while McGinley’s “Come With Me” is a spiralling, bittersweet piece once again highlighted by Childs’ keys and McGowan’s elastic bassline.

The band have always plumbed the more melancholic side of life – 2016’s Here was tinged with sadness for the passing of time – but Endless Arcade is thick with the spectre of loss. Not, however, for the absence of Love, but of love itself: after a decade in Ontario with his Canadian wife of more than 20 years, Blake is back in Scotland, situation uncertain.

Many of his six songs on Endless Arcade seem to deal with the aftermath of this trauma, the beauty of his melodies highlighting the sweet despair of the words, some of the most elegant and refined he’s written. “This life is complicated,” he muses on the beat-group rush of “I’m More Inclined”. “It’s enough to make you blue/And then you have the rug get pulled from under you… When I leave this great dominion/Roving far across the sea/Do you keep a candle burning there for me?”

The penultimate “Living With You” – perhaps Endless Arcade’s strongest song – is a minor-key lament, glistening with harmonies, but again with a skip in its step despite its protagonist’s troubles: “My world is upside down/I’m lost don’t know what to do/With you so far away from me/And so I wait in hope, one day that the tide will turn/I love you ’til I cease to be.”

McGinley has always specialised in more ruminative songs, and his soulful Side Two highlights, “The Future” and “Silent Song”, are especially autumnal. Yet there’s hope, on the latter, that the days will at some point get longer…: “Everything’s grey outside/But I know the rain will subside/Eventually…”

Even amid these splendours, it’s hard to ignore the ghost at the feast – that phantom with the bass guitar, the one begging the question of what this album might have sounded like with Love writing a third of the songs. Another voice might have broadened the record’s horizon, of course, and Love’s contributions have often been standouts. Yet it would be foolish to wish away what we have – Endless Arcade exists, and it’s excellent, with enchanting melodies, emotional depth and a few unexpected evolutions. If there’s a lesson here, it’s one Teenage Fanclub have been teaching us all along: in the end, if you let it, everything flows.