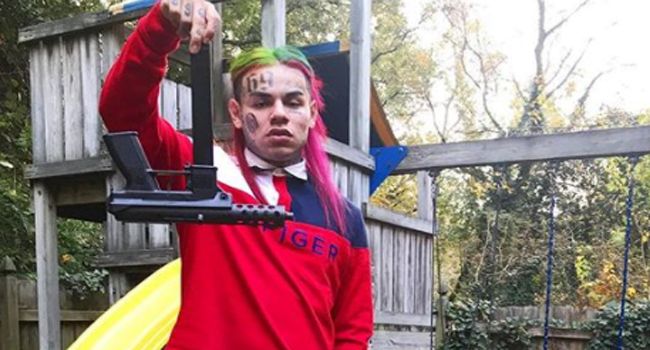 Teka$hi 6ix9ine has been in a braggadocious mood lately.

He just told the world that he now has three bona fide hit tracks, and during a conversation with his old buddy DJ Akademiks he claimed that he runs New York, the largest city in America and the birthplace Hip Hop.

69 added that he's not looking to shut anyone down.  But je kept reiterating that he has the respect the streets — despite his rainbow hair — and could if he wanted to.

You buying what 69 is selling?