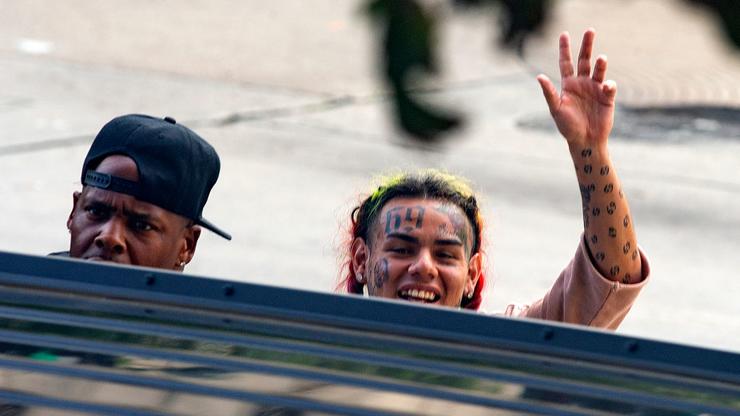 Tekashi 6ix9ine finds himself facing an old lawsuit, one previously filed by promotors over a canceled gig in Washington D.C.

Though you wouldn’t be able to tell from Tekashi 6ix9ine‘s perpetually arrogant attitude, the rainbow-headed rapscallion isn’t exactly out of the woods yet. Despite securing the loyalty of Akon and Nicki Minaj — not to mention this mysterious “gangsta” Akademiks seems to be teasing — 6ix9ine remains an enemy to legions, having amassed no shortage of unresolved grudges. Now, one such grudge is returning to bite him in the ass, to the tune of a staggering $5.3 million dollars.

In 2018, 6ix9ine was slated to perform at  Washington, D.C.’s Echostage Club, an appearance that he ultimately ended up canceling. Though the suit was originally pulled by promoters Benhur Tesfalidet and Anton Alexander, Complex has confirmed that they’re getting ready to file it once again. According to their sources, the lawsuit will also be aimed at 6ix9ine’s former manager Shotti, MTA Booking, a booker named Will Cornish, and another of 6ix9ine’s previous managers Christian Ehigiator. The lawsuit seems to be attacking the rapper for contract, fraud, and defamation, with the latter having transpired during his infamous Breakfast Club interview.

Tesfalidet and Alexander maintain that 6ix9ine skipped out on the show without notice, only to perform a show that same night at Power 105.1’s Powerhouse concert in New Jersey; it should be noted that the young rapper had already been paid $58,470 in advance fees at the time. It’s unclear as to whether the case will prove successful for the promotors filing, as $5.3 million dollars is a lot of money. Still, it’s another notable problem for a rapper who seems to relish in his extensive collection.

For those interested in his music career, look for Tekashi to drop off his Nicki Minaj-assisted “TROLLZ” at midnight tonight.