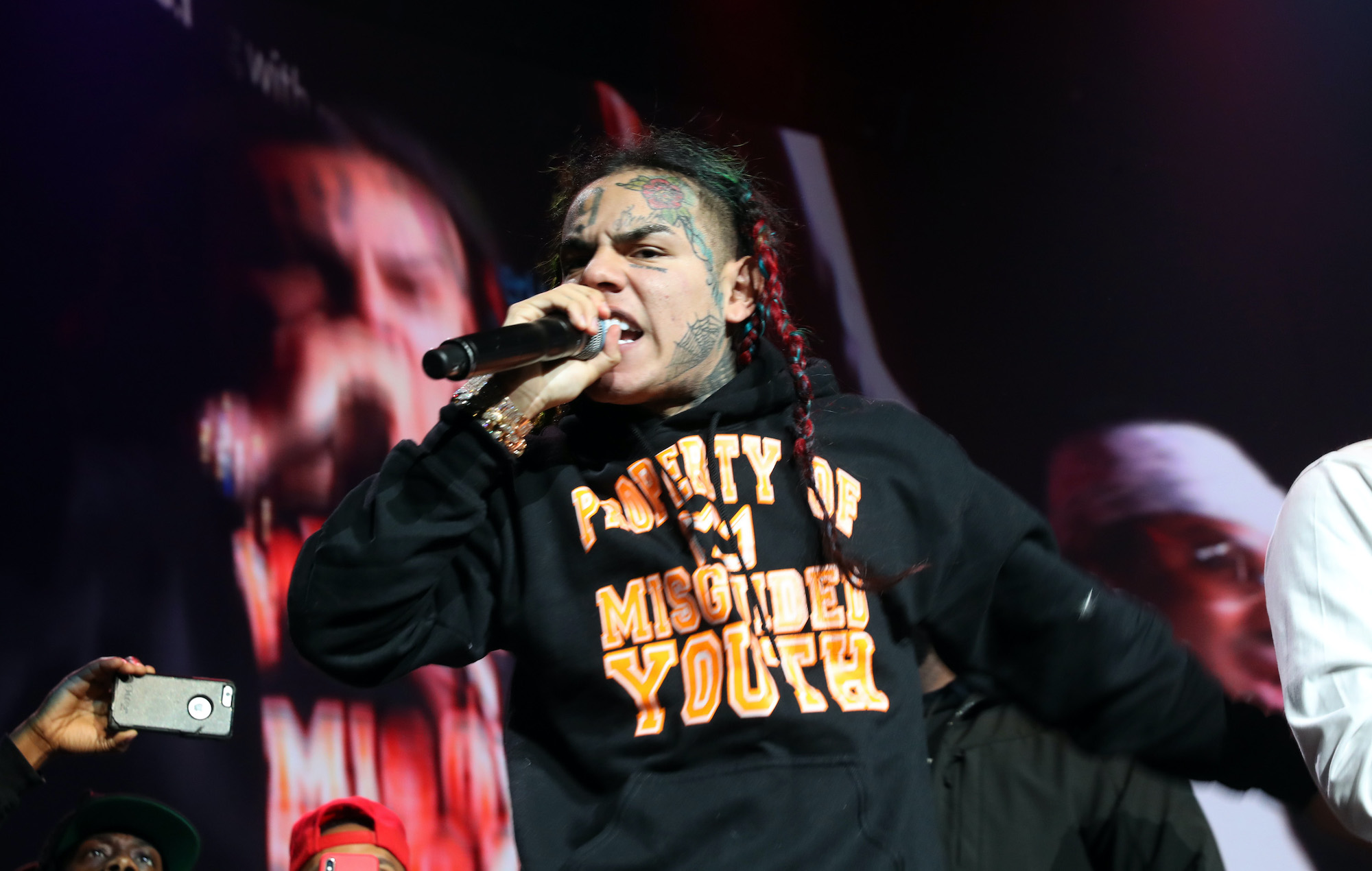 Tekashi 6ix9ine has announced a new song and music video, both set to arrive this week.

The rapper has been releasing a steady stream of new music since he was released from prison and put under house arrest.

6ix9ine shared the news with his followers on Instagram, captioning a video of him speaking: “NEW MUSIC VIDEO THIS FRIDAY JULY 3RD.” In the video, he spoke about his plans for his final days of house arrest and beyond.

His latest single ‘Trollz’, which features Nicki Minaj, scored him his first US Number One upon its release earlier this month (June 12). A portion of the proceeds from the track were donated to The Bail Project Inc, who help people on low incomes who can’t afford to pay bail.

After ‘Trollz’ hit the top of the Billboard Hot 100 chart, 6ix9ine boasted that he is “unstoppable”. He made the claim in a celebratory video posted to Instagram, which saw him popping a bottle of champagne and repeating his brag. “YOU CANT STOP ME. YOU CANT BLACKBALL ME. DIDNT I TELL YOU!!!!!!!” he captioned the post.