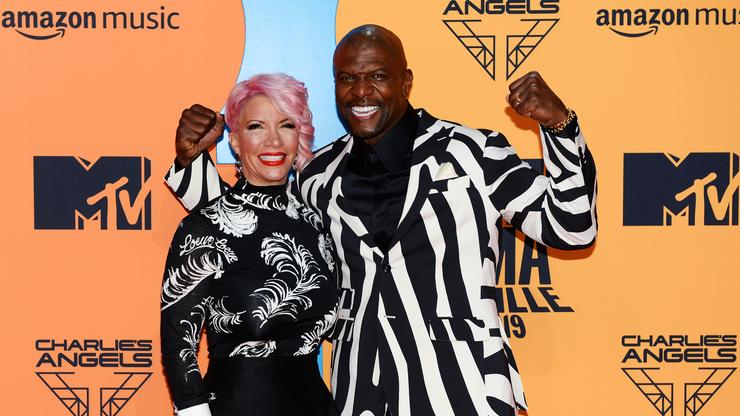 Would people be too offended?

It’s been 15 years since White Chicks hit theaters and it still brings in laughs. The Keenan Ivory Wayans-directed comedy starred his young brothers, Marlon and Shawn Wayans, along with Jaime King, Busy Philipps, Brittany Daniel, Jennifer Carpenter, and Terry Crews. There were rumors running rampant earlier this year that a White Chicks 2was in the works after Crews delivered the news to Andy Cohen on Watch What Happens Live. However, Marlon swiftly responded on social media, sharing that the film wasn’t happening.

Terry and his wife Rebecca King-Crews were walking the red carpet at the People’s Choice Awards when they were asked if the status of White Chicks 2 was still at a standstill. Terry joked that the Wayans family came down on him pretty hard following his premature revelation of a sequel, calling them a “gang.” He quipped, “You’ve got the Bloods, the Crips, and the Wayans’.” Then, Terry was asked if he thought a film like White Chicks 2 may be too racy for today’s politically correct climate where comedians are the target of Cancel Culture because their jokes are deemed to be too offensive.

“People act like you can’t do comedy now,” he said. “No, you just gotta work. You just gotta make it good. See, the problem is, it was cheap laughs. When you do laughs for cheap, it’s like, it’s nothing. Now, you have to work to be funny. You can’t just do the cheap jokes, you can’t throw out stuff about people that really don’t mean nothin’. Now, you gotta do more work and you can be funny. We could do a White Chicks 2, but you just gotta work to make it work.” Watch the clip below.