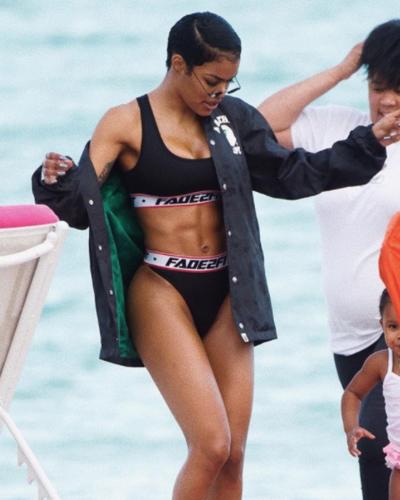 If you knew who Teyana Taylor was before her Kanye West video debut for his track “Fade” then props to you. Ever since then she’s been tearing up fashion campaigns and runways with her impressive physique and Black Girl Magic.

Teyana was in Miami, Florida this past weekend and had a cute beach day with her two-year-old daughter. The actress/rapper/model posted a couple pics that sees her in a black two-piece, razorback bikini. One photo, in particular, takes the cake as the cutest since Teyana is giving her daughter a kiss.

The pics show no sign her husband, Iman Shumpert, proving it was just a girls trip to the beachside. Many her fans in the Twitterverse had to comment on her recent outing, with a number tweets citing her for their new year body goals inspiration.