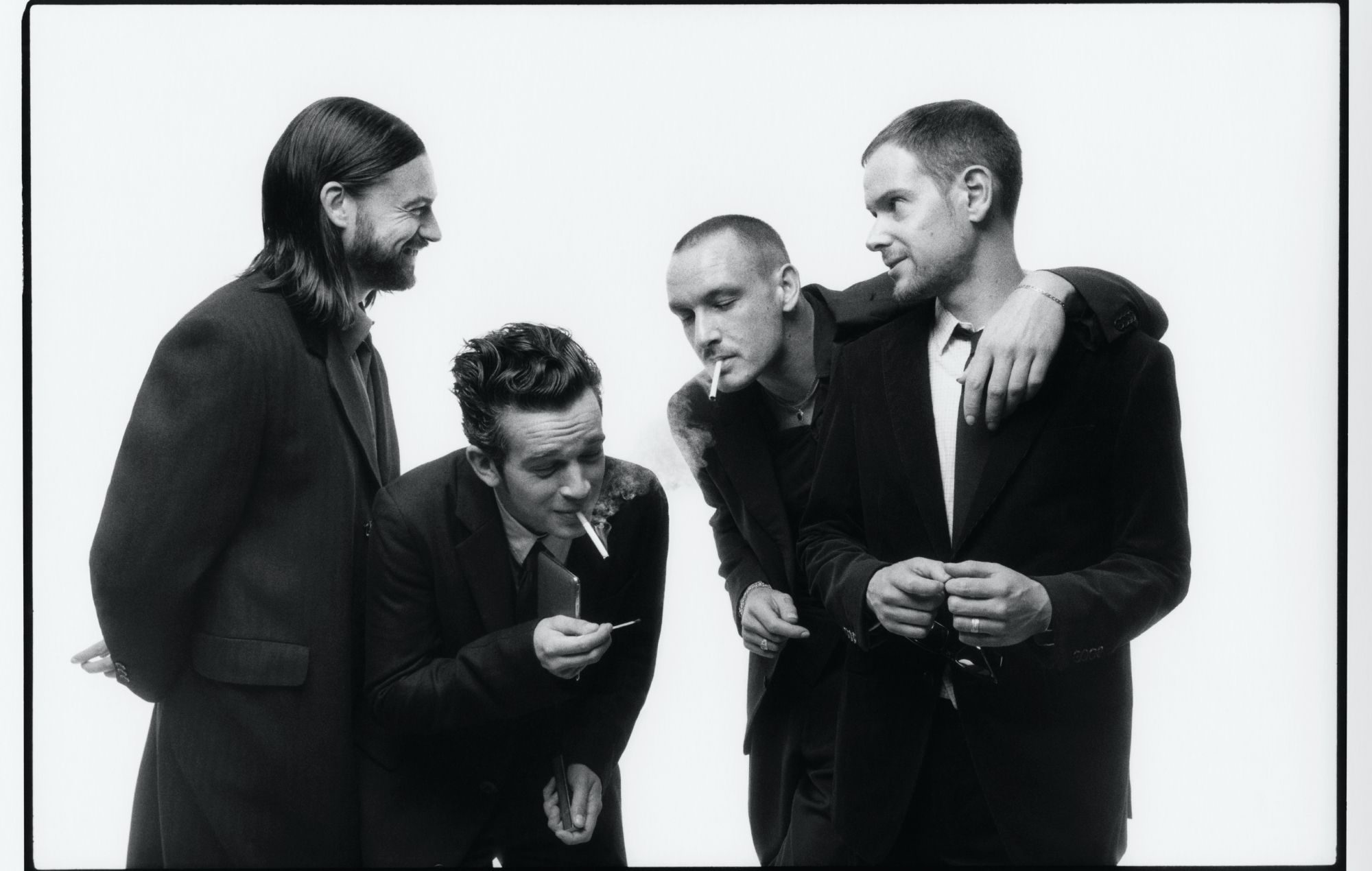 The 1975 have released a new single called ‘Happiness’ – you can listen to it below.

The song is the latest preview of the Manchester group’s fifth album ‘Being Funny In A Foreign Language’, which is due to arrive on October 14 via Dirty Hit. It follows on from the recent comeback track ‘Part Of The Band’.

“‘Happiness’ is like… there’s literally loads of us in the room on that track,” frontman Matty Healy told Zane Lowe of the funky, sax-filled latest offering on Apple Music 1 this evening (August 3).

“[It] really doesn’t really have much structure. It came through like jamming, and we haven’t done that in like years. So we just wanted this record to be really like a captured moment and not be too constructed and even produced that much.”

He continued: “We did it in like a day or so, and it’s us having fun. And I think that there’s this real desire in art to see something remarkable with as little technology as possible. Do you know what I mean?”

‘Happiness’ arrives with an official music video – tune in here:

Additionally, it’s been confirmed that The 1975 will hit the road for their ‘At Their Very Best’ North American tour in November. The stint includes a headline concert at Madison Square Garden in New York City.

Tickets go on general sale next Friday (August 12) – you’ll be able to purchase yours from here. Check out the full itinerary below.

The 1975 are scheduled to make their live return this month, playing two gigs as part of Japan’s Summer Sonic Festival (August 20, 21). The dates will mark the group’s first live shows since they performed in Dublin in March 2020.

In a four-star review, NME said that The 1975 were “unafraid to rip up their own rule book” with ‘Part Of The Band’.

It added: “Healy and co. are clearly confident in their stature as one of the most provocative yet revered groups going, and are content doing their own thing. Will ‘Part Of The Band’ be divisive? Yes. Do they care? Probably not.”

Healy recently revealed that the the four-piece will return to the UK in early 2023, saying the tour would be an “intimate” experience for fans on these shores. “I want people to feel like they’re in a little theatre as opposed to an IMAX,” he explained.

Meanwhile, the singer claimed in a rare post on Reddit that ‘Being Funny In A Foreign Language’ was The 1975’s “best album yet” while offering further details about the project.

The forthcoming record serves as the follow-up to 2020’s ‘Notes On A Conditional Form’. Check out the full tracklist below.