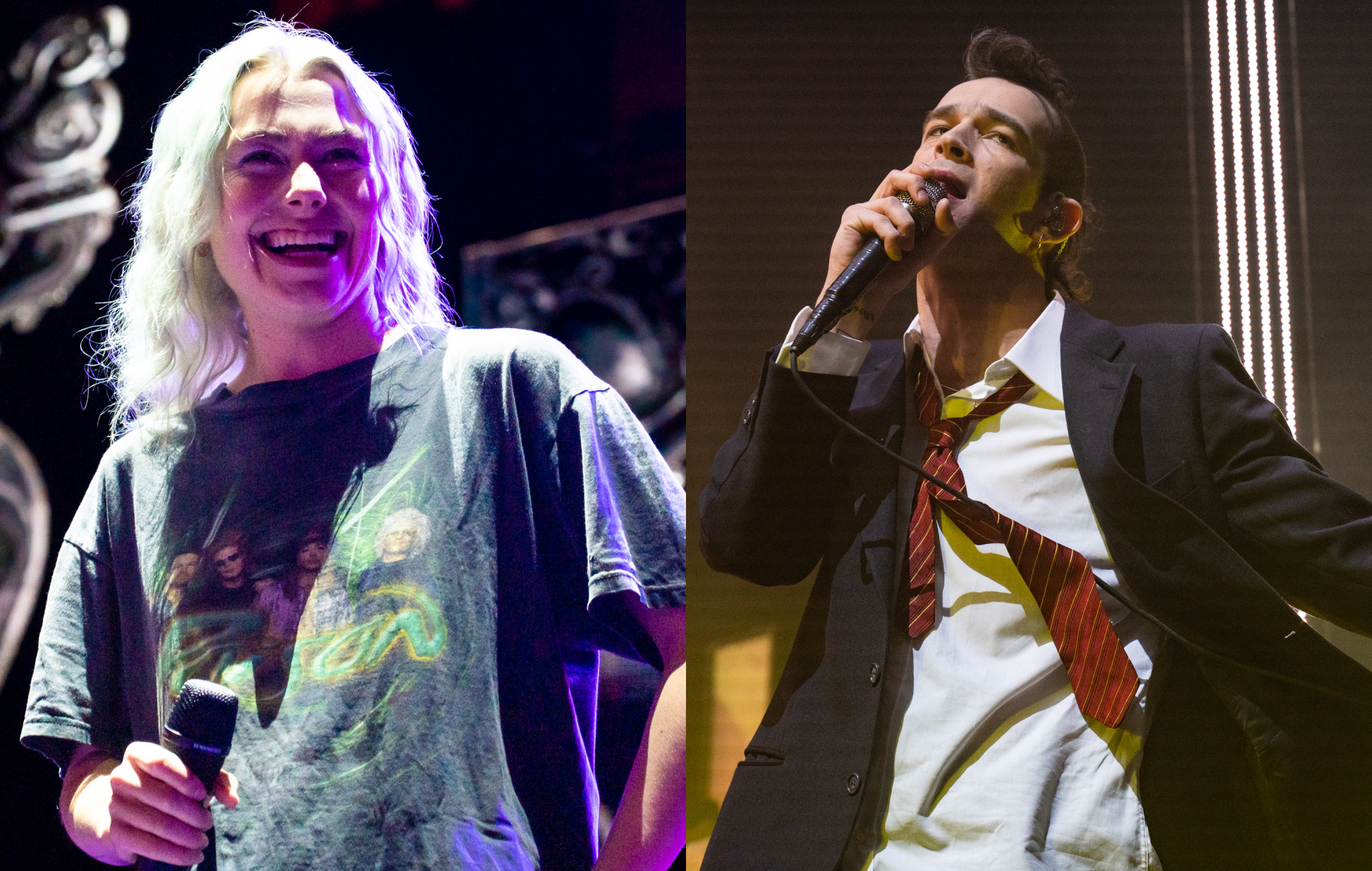 Phoebe Bridgers‘ recent London show featured a surprise cameo from The 1975 frontman Matty Healy, who joined the singer-songwriter during her closer ‘I Know The End’.

Bridgers performed at the O2 Academy Brixton last night (July 26), as part of her UK and European ‘Reunion Tour’. As is customary for Bridgers’ shows, her main set closer was the final song on her 2020 album ‘Punisher’, ‘I Know The End’.

During the section of the song with prolonged screaming, support act Sloppy Jane returned to the stage to join in – accompanied by Healy, who was watching the show from side-stage. Watch fan-shot footage of the moment via Twitter below:

This marks the second time on Bridgers’ current tour that an artist has joined her on-stage for ‘I Know The End’. The singer-songwriter recently had Clairo and her band join her for the song during a performance in Milan – itself a returned favour for Bridgers guesting on Clairo’s song ‘Bags’ earlier in the night.

Bridgers collaborated with The 1975 on their 2020 single ‘Jesus Christ 2005 God Bless America’, which featured on the band’s fourth album ‘Notes On A Conditional Form’. In a single review upon its release, NME praised the song as “another change of pace from a gang who cherish the unexpected”.

“Leaning into Matty’s desire to create something like Bruce Springsteen’s ‘Nebraska’, it’s stark and personal, made for the comforting embrace of headphones,” it read.

The 1975 recently released their comeback single ‘Part Of The Band’, and have a new single arriving next week entitled ‘Happiness’. Both will feature on the band’s fifth album, ‘Being Funny In A Foreign Language’, which is set for release in October 2022.